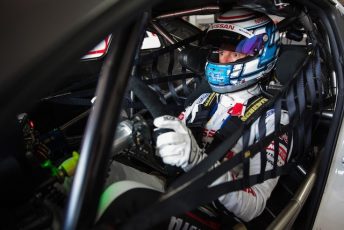 Circuit de Barcelona-Catalunya, Barcelona, Spain – Motul Team RJN’s Lucas Ordóñez is eagerly awaiting the chance to race on home soil this weekend as the Blancpain GT Series Endurance Cup completes 2017 with a round at the home of the Spanish Grand Prix.

Ordóñez, the inaugural Nissan PlayStation GT Academy winner, will compete for Nissan in Spain for only the second time when he lines up with regular teammates Alex Buncombe (UK) and Katsumasa Chiyo (Japan) aboard the No. 23 Motul Team RJN Nissan GT-R NISMO GT3.

“After many years of racing for Nissan I have never had the chance to do a Blancpain Endurance race at home in Spain so this weekend will be very special for me,” Ordóñez said.

“Racing at Barcelona with the Spanish crowd and my family and friends on site will be brilliant and I am really looking forward to it.

“Barcelona is quite a fast track which should suit the GT-R but the last sector is very tight and could be a challenge for us. It has slow chicanes and slow hairpins which is not what we prefer.

“We have to work hard and this is the last race of the season so we would love to finish on the podium again like we did at the last race in 2016 at the Nurburgring.”

This weekend’s action will be live streamed for fans around the world on NISMO.tv on YouTube.

The 2015 title-winner went into the final weekend ready to fight with Kevin King for the crown but his rival suffered an accident in the opening race, putting him out for the weekend.

Bedard put the championship beyond doubt by qualifying on pole and leading from start to finish.

“I would have obviously preferred to win the title at the end of another great battle with Kevin King, but unfortunately incidents are part of racing,” said Bédard.

“I also had issues during the season and I’m very pleased with this title. It’s my second win in the Nissan Micra Cup, after my win in 2015. For me, it’s a special moment that I’ll never forget.”

Sunday’s race was won by Xavier Coupal who passed pole-winner Bedard on the final lap of the race. The result by Coupal was enough to elevate him into second place in the championship, pushing King back to third.