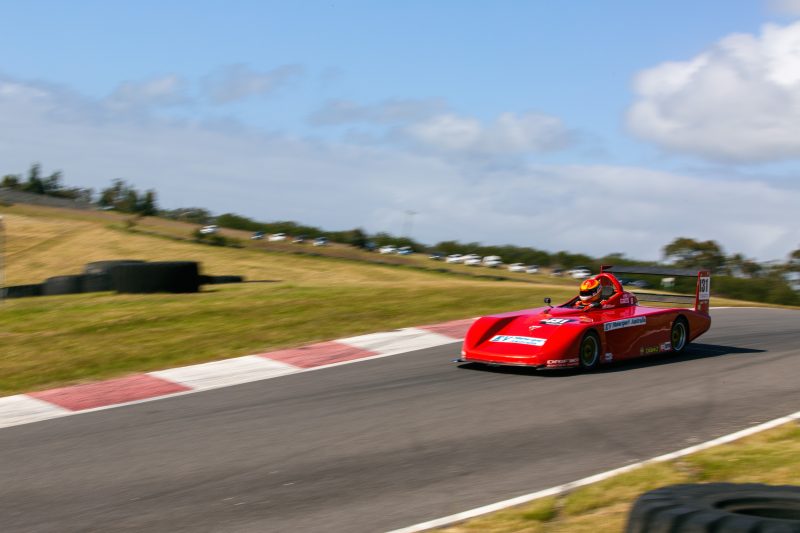 The Gippsland Car Club successfully hosted the 2018 Australian Hillclimb Championship at their beautiful Bryant Park track. Held over three successive days the event draws competitors from all over Australia

Hillclimbing is an exciting form of motorsport. It’s one driver at a time racing as fast as they dare to compete against the track and the other drivers with results regularly being decided by hundredths of a second. The Bryant Park track is recognised by all drivers as the best hillclimb track in Australia, with excellent facilities for the spectators, enthusiasts and for family groups.

The top level cars used for hillclimbs are mechanical gems, built purely for this exciting sport. In the tradition of Jack Brabham, most cars at the top level are built by their engineer drivers. Perhaps the best example is Leongatha’s Brett Hayward, last year’s champion who built four of the top ten outright cars. Many use powerful motorcycle engines, but others such as Queensland’s Dean Tighe’s car uses a Judd F1 engine. All of the cars develop enormous power in the lightest chassis possible.

Biggest news was the fight at the top. The battle for the outright win was brutal pitting some of Australia’s fastest cars driven by Australia’s most skilled drivers,. The outright battle finished with a three way battle, with NSW’s Malcolm Oastler swapping milliseconds for most of the two days. However, in a masterly run, Oastler put in an incredible run, smashing more than a second off his own track record to claim the 2018 crown. “It is a very challenging track” said Oastler “and I’ve worked hard to win here”. He was delighted with his win. Local Brett Hayward was less than a second behind, winning his class and smashing his own class record. Greg Ackland did well, placing third in front of many of Australia’s best from all over Australia, including fourth place, Dean Tighe, driving a custom designed Formula 1 engined Dallara-Judd.

Close action continued on in the smaller classes, with winner Garry Martin winning from David Mahon, the Minnahan brothers and Michael Bishop making the top five in class and split by less than 1.5 seconds.

The Formula Vee class was won by Harold Roberts, driving an Elfin car, manufactured in South Australia in 1966. Harold bought the car in 1966 and has owned it and competed in it since then. When was the last time a 52 year old racing car won an open Australian title? And the driver is a bit older as well…

Several Father and Son combinations were competing, and the Stephenson’s were typical. Arriving from South Australia, son Scott Stephenson was immediately on the pace and just outside the lap record. He finally took the class win despite being his first run at this challenging track. Simon Piper was just 0.15 seconds behind…that’s just about an eyeblink! Dad Murray finished third, pipping Maurice Harper by 0.03 of a second…. much less than an eyeblink!! Both Father and Son were proud of their trophies before starting the long trip back to Adelaide and home.

Another close battle was between the Clubman class of cars. Stephen Buffington (Westfield), Colin Newitt (Locost) and Ian Speight (Mallock U2) started their three way shootout on the first run and went through the whole meeting swapping places. All lead the class at some stage, but finally Buffington broke through in the end. Both Newitt and Speight tried ‘banzai’ last runs, both gained a personal best but had to settle for a fine second and third, all three covered by a tiny 0.35 of a second. This is the essence of hillclimbing!

Perhaps the most technically interesting and relevant car there was the Hooper Electric powered car of Phillip Pratt. The car itself is a thing of engineering beauty – construction standards are high and its styling is superb. To watch it run is a vision of the future – a very fast car, silently covering the track like a ghost. It was skilfully driven and the club expects more electric vehicle competitors in the future.

Perhaps the greatest crowdpleaser was the black Commodore ute of David Williams. Despite being road registered, the booming V8 thrilled the crowd, the tyrecleaning burnout screaming the smoking rear tyres and sounding sensational. The car was skilfully and spectacularly driven by David, but the sight, sound and smell of this powerful machine was what had spectators hanging over the fence.