Nyora Raceway puts smiles on 500 faces as the Speedway restarts

Nyora Raceway puts smiles on 500 faces as the Speedway restarts 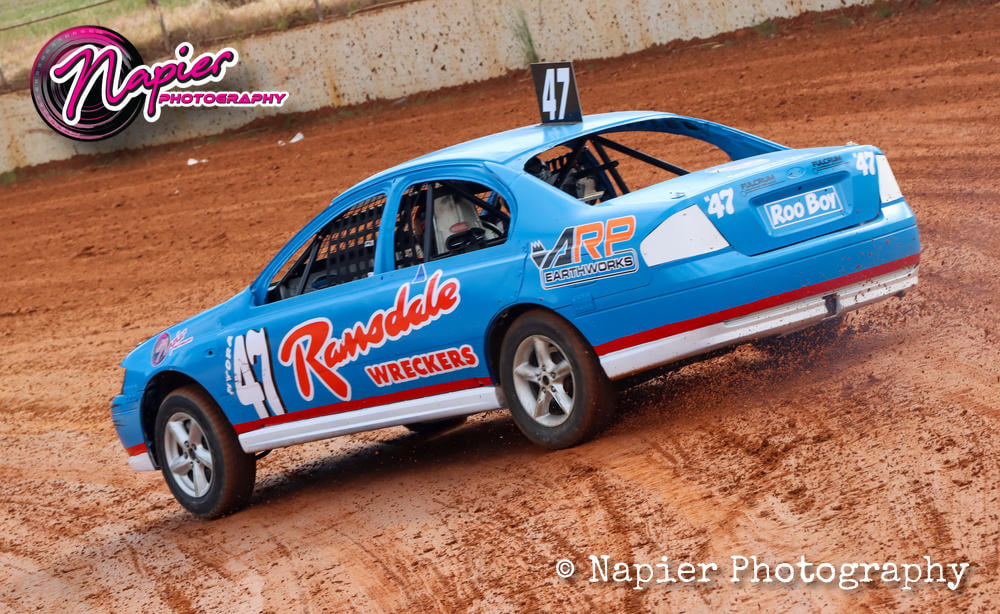 Nyora Raceway began racing on Saturday night for the return of action post Covid restrictions and there were plenty of happy faces and relieved race drivers just loving being at a track again mingling with others, letting loose on track, and enjoying the community sport resumption.

A few close races, some fast lap times and an un-fortunate huge crash were all part of the night. Peter Angus a long-time legendary Nyora person had a massive crash in his Sports Sedan and had to be taken care of by the best volunteer infield crew and local emergency service personal around. Peter at the time of writing is going to be ok, although banged up and bruised for a while.

Michael Conway zipped around the venue in 14.3 seconds in his Mini Sprintcar, by far the fastest race driver on the night whilst Jack Randall, Harry Cecil, Rhys Lansdown, and Conway all could not be defeated all night in their classes of racing.

Australia Motor Contest Association (AMCA) National’s competitors returned to Nyora after some time away from the venue and whilst a small number of entrants attended the action was thrilling in most races with a usual four-way battle at the front. Mildura based race driver Frank Thierry won the feature event from Paul Howard, Grant Cullinger, Hugene Charvat and Rowan Pitt. Coincidently, Thierry won his first ever race event at Nyora more than twenty years ago and again he wins at one of his favourite venues last night.

The Sports Sedans attracted some of the stronger competitors around from the Eastern and South Eastern Suburbs along with Grantville’s favourite speedway son, Simon Bent. Bent won the first of four qualifiers before Jordan won the next two and Jayde Aarts the last. In the final a couple of stoppages shortened the event including the race ending crash to Peter Angus. Jordan won the race from Bent, Dillon Taylor in his first senior age event, Jayde Aarts and Jackson Barneveld.

Division 2 Hot Rod’s returned to racing at Nyora and had some valuable laps on the track that will host their state title this season also. Bobby Devine, Troy Hutchison, and Daniel Angus all won heat races before the feature event and in the feature from the front row Hutchison from the Latrobe Valley stormed to the front and ultimately to the win. East Gippsland racer Trent Wilson finished second with Bobby Devine, Robbie Edwards and Rob Tatterson rounding out the top five.

Harry Cecil was a big winner on race night after he won the Junior Standard Saloons and the National Junior New Star category. In Junior Standards Cecil won his three races as he qualified whilst Hunter Carey won the other. In the feature event Cecil got the best of the start and went on to a clear win ahead of Carey, Zac Barwise, Beau Stuchbery and Breanna Walker.

The other class for Cecil was the Speedway Australia New Stars Junior. As a debutant Cecil went on to finish second overall in the combined Top Stars and New Stars final and at the same time finish as the first placed New Star with Sammy Wouters second and Cruz Farrell third. The whole top three New Stars were rookie drivers.

In Top Stars racing Jack Randall took the win ahead of Jessica O’Donnell and Maddy Capon. Randall won all the heats and the feature event leaving the venue undefeated.

Open Standard Saloon racing had attracted a couple of Nyora’s best and a bunch of regular visitors and some new drivers to the scene. Rhys Lansdown Koo Wee Rup born and bred took three qualifying race victories on the way to the final before winning the final from Matt Leek, Scott angus, Dean Spring and Luke King.

The Ladies Standard Saloon racing attracted a small early season field however, Danielle Solly, Kate Stuchbery and Maddison Miles in produced some exciting tussles on the way into the final and then in the actual final itself. Solly won two of the three qualifying heats and then won the final ahead of Stuchbery, Miles and Jodie McKenzie.

Nyora Raceway will be back in action again on December the 4th with the visiting V8 Super Sedans providing a big belting roar in Nyora. All Nyora club classes will also be on the programme which includes Sports Sedans, Junior Sedans and Standard Saloons amongst them.