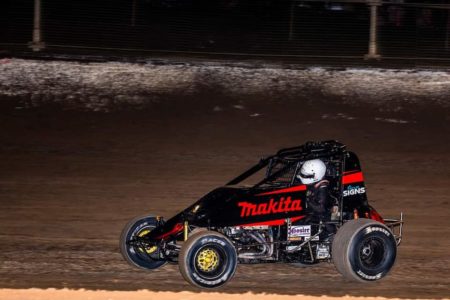 For only the second occasion in the history of the Northern Territory Wingless Sprint Title, Arunga Park Speedway in Alice Springs will play host to the 2022 running of the event.

The ANZAC Challenge is regarded as one of the biggest events on the Arunga Park Speedway calendar, and the Northern Territory Title is not only going to attract the best drivers from around the territory but also various interstate visitors.

Last season’s running of the Northern Territory Title at Tennant Creek Speedway resulted in Darwin’s Jamie McInnes taking out the top honours ahead of the NSW-based duo of Nathan Dicker and Troy Carey in second and third place respectively. There is no doubt that McInnes has his eyes set on a successful Northern Territory Title defence, but that certainly won’t be an easy task.

The last and only occasion the Northern Territory Title was fought out at the 402-metre Arunga Park Speedway track was back in 2013, when Western Australian Michael Keen claimed back-to-back wins and outpaced South Australian Dan Obst and Keen’s older brother Daniel to the chequered flag.

The entire Wingless Sprints NT committee are very excited about the running of the 2022 event and they are working hard to make it one of the best to be held in the event’s 12-year history.