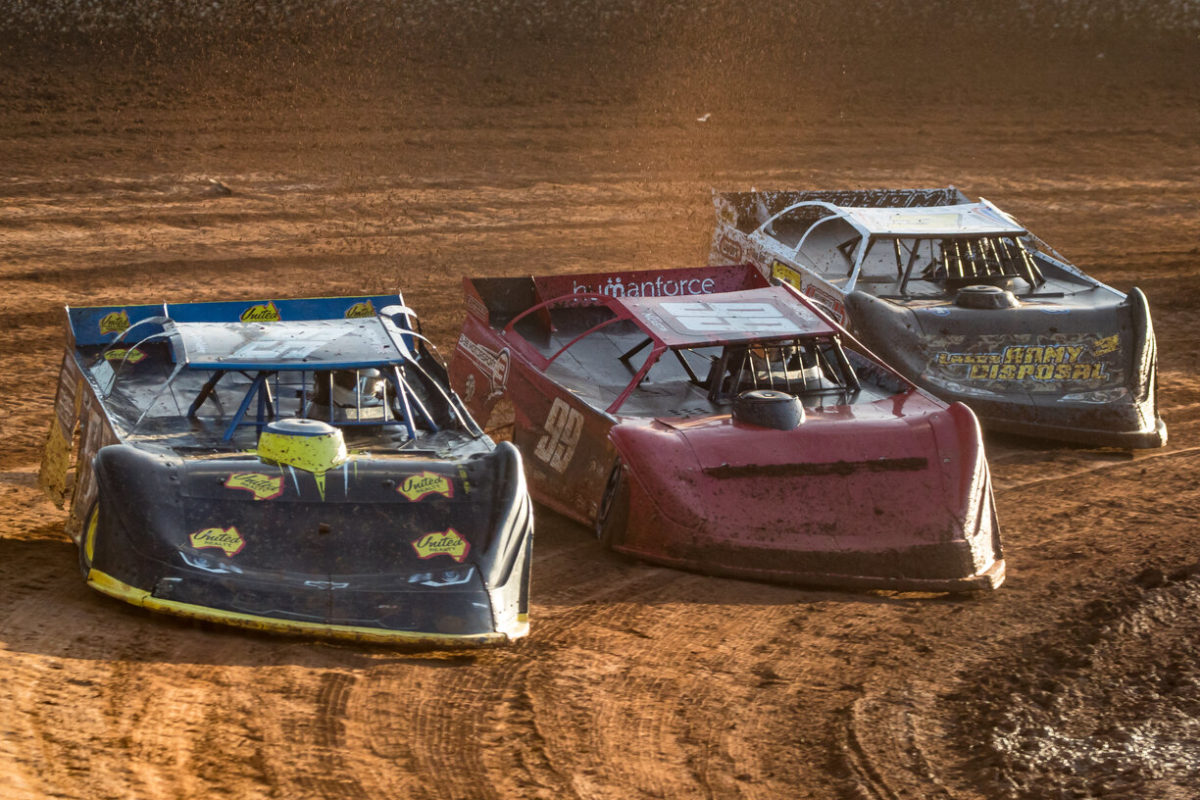 THE 2021-22 season is set to conclude in style later this month for the NSW Late Models with back-to-back race meetings at the brand-new Eastern Creek Speedway, which includes the rescheduled NSW Title, on the Saturday nights of both May 21 and 28.

After debuting at Eastern Creek Speedway back on March 19, when history was created by Tasmanian Callum Harper who picked up the maiden Late Model feature race at the track ahead of Todd Bayley (NSW) and Victorian Peter Nicola, the NSW Late Models are excited about running successive race meetings to round out their season.

The upcoming May 21 race meeting that is going to feature the 410 Sprintcars is set to attract over 20 nominations and it is no doubt going to be the perfect prelude for the rescheduled United Realty – Acreage & Property Marketing supported $5,000 to win NSW Title on May 28. The latter event was meant to be held on April 30, but it was forced to be rescheduled due to wet weather.

Drivers headlining the two weekends of NSW Late Models action at Eastern Creek Speedway are going to be former Australian Late Model Champions Callum Harper and Darren Kane (Qld). Kane, who made his debut in the NSW # 11 Late Model owned by the Disney Motorsports team on March 19 after the car’s regular driver and multiple NSW Champion Nathan Disney out of action due to injury, is aiming to build on his fifth-place finish back in March and will be attempting to add a third NSW Late Model Title (2015 and 2017) win to his vast list of achievements.

Rounding out the field are going to be Bruce Mackenzie, Ed Borg, Aaron Barnes, David Cassidy, Steve Caunt, Stewart Jordan, Justin Hackett, Mark Letham, the father-and-son duos of Robert and Joel Carrig and Greg and Damien Hodges, and Tyson Moon. Moon, who currently races in the Super Sedan ranks, is going to be making his Late Model debut aboard the NSW # 17 car that is normally driven by Lachlan Onley, who is currently sidelined due to injury.

The NSW Title is going to pay a handsome $5,000 to the winner, while second and third place on the podium will receive $3,000 and $2,000 respectively. When it comes to the NSW Title format, it will consist of two rounds of heat races, a top-8 pole shootout, B main and the NSW Title deciding feature race.

All nominations must be received by the NSW Late Models by 12noon of the Monday prior to each race meeting. All nominations need to be emailed to through to [email protected]

NSW Late Models would like to thank their 2021-22 season supporters: