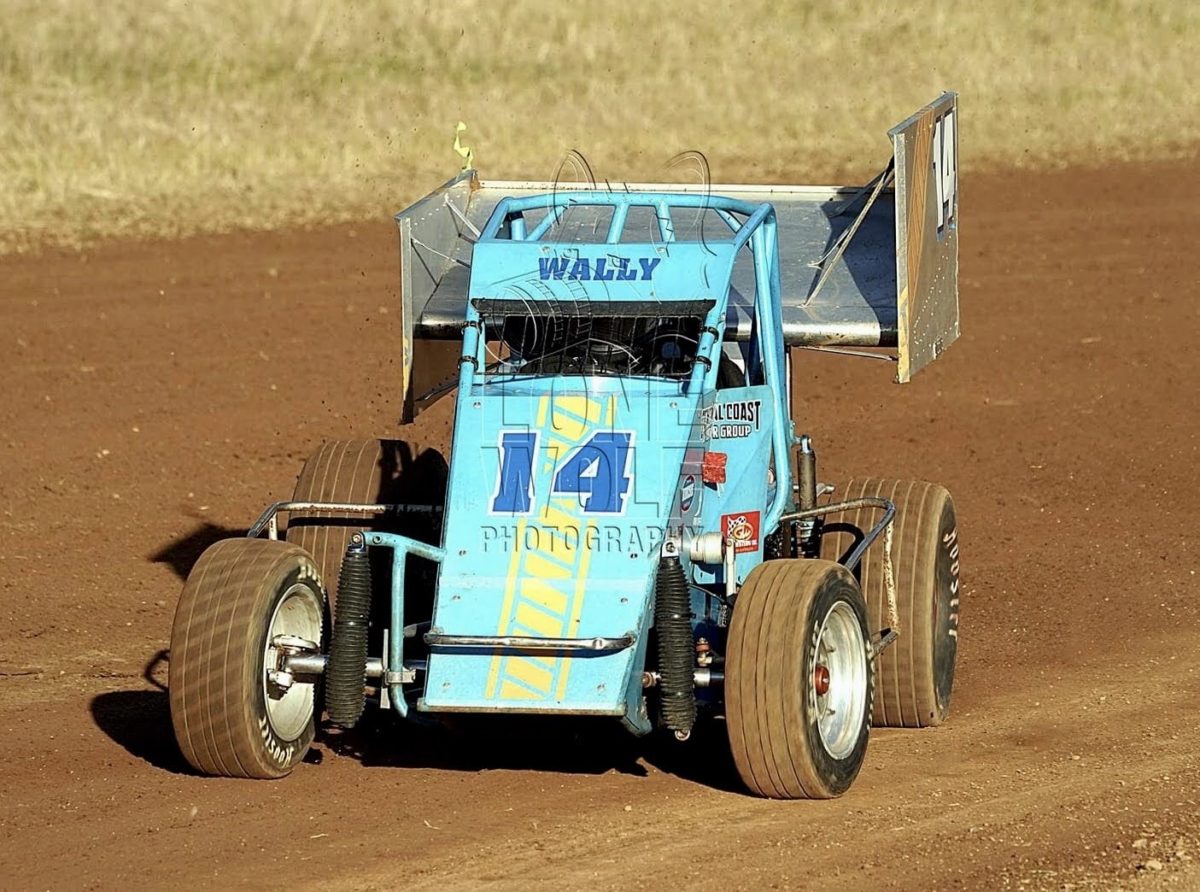 A number of circumstances have resulted in this title which ideally would have been at one of the NSWGPMRA supporting state venues, move to the VGPMRA venue closest to the Murray River border and over into the Victorian side. Adam Buckley explains “In NSW we have been affected by fire, flood and Covid over the past 18 months that has severely restricted our ability to maintain a consistent racing calendar. Moving the NSW hosted Australian Title this year to Wahgunyah is unprecedented and reflects the tremendous collaboration between the two state bodies that now exists. This tremendous occasion will be sponsored by NSW Club Sponsors Gulf Western Oil and Arjan Motors in conjunction with White Ant Racing.”

The NSW Club have six member drivers that have entered the title this weekend. Every driver is a legitimate chance for a podium result at the big event, and there is some great history amongst their racing career’s including one man who has won the national title no less than six times. Let’s take a look at them.

Janelle Saville # 2
Janelle is the current NSW Super Series Champion and one of our most consistent racers. A seasoned GP Midget driver, Janelle follows in the footsteps of her Father, Brother, and Uncle, all of whom are previous Australian GP Midget Title winners. Janelle currently does not have a Title win on her resume and will be all fired up to get her first, in the ZX12 powered PBR. Sponsored by WRT Wings and Easters Electrical.

Gary Bowyer # 5
Gary is the current NSW Title Champion and will be one of the favourites to contest a top podium place in the Aust Title. Gary has shown electric pace in the last year, also finishing 2nd in the Victorian Title in 2021. He will be very determined to add “Australian Title Winner” to his CV.

Gary and wife Amanda Bowyer operate Arjan Motors who are a valuable NSW Club Sponsor and co-sponsor of the Aust Title. The #5 GP Midget is a further developed product of the newly formed White Ant Racing “WAR Chassis” and is powered up by an R1 motor. Sponsors are Arjan Motors, White Ant Racing, Dynamic Signs & Autolac.

Anthony Lea # 7
Anthony is the Grandson of Club Legend, Clive Pollett, and carries the iconic #7 on his PBR, powered up by a Kwaka ZX10 injected motor. If Anthony can get his set up right and keep his GP healthy into the feature, he has the ability to finish at the pointy end of the pack. Anthony was on track to hold a top five finish in a previous Aust Title run at Wangaratta Speedway before a part failure ended his night just a few laps from the end of the feature race. Sponsored by Telco Rigging Solutions.

Wally Kermond # 14
Wally is a legend in the sport of speedway and one of the early pioneers of Micro Midgets, now known as GP Midgets. One of the original NSWGPMRA members, dating back to the establishment of the club in the late 1950’s, Wally was a Rockstar in his heyday, capturing the first three Australian GP Midget Titles run between 1963-65, then winning a further three Australian Titles thereafter to have a total of six under his belt.

The winning was not only in the national title for Wally, add three NSW Titles and multiple NSW point score Championships, Wally is GP Midgets most successful driver in Australia. At a spritely 85 years of age, Wally still mixes it with the young whipper snappers and has a club feature podium finish to his name in the last few seasons. Well known in QLD, NSW, VIC and WA, Wally has travelled the breadth of the country show-casing his talent and promoting our division the only way he knows how. Wally’s “WKS” developed, GSXR1000 injected powered GP is sponsored by Central Coast Motor Group.

Riley Bowyer #50
Riley is the youngest driver in the NSW Club, part of the new breed of pilots in NSW and VIC. Now sitting in a fresh White Ant Racing enhanced GP powered by a 2020 R1 injected power plant, will be interesting to watch Riley as he does battle in his first Australian Title attempt. We should not count him out, speed does run in the Bowyer family. Sponsored by Arjan Motors, White Ant Racing, Dynamic Signs & Autolac.

The NSWGPMRA is currently undergoing a rebuilding phase with a new committee headed up by President Terry Clarke. Terry has a long history with the NSW GP Midget Club, as a driver for many years and is also currently the Track Manager at Nowra Speedway.

Gulf Western Oil have come back on board as main Club Sponsor for another 3 years and are joined by Arjan Motors, who have graciously purchased a brand-new transponder system for the NSW Club – 24 transponders complete with head unit. Arjan Motors is operated by Gary & Amanda Bowyer.

White Ant Racing will also be holding a number of GP Midgets which will be made available to any prospective buyer in NSW to “try before you buy,” as well as renting a GP Midget for race purposes. White Ant Racing is also acquiring a new Stinger Chassis from Travis Florrimell that will soon be ready to race for any interested people looking to join the NSWGPMRA and assist promoting Stinger Chassis.

Finally, Terry Bond (son of the late NSW Life Member, John Bond) has been developing a new “Grizzly” GP Midget chassis design and this GP Midget will be ready to hit the track some time, mid-year in 2022. The modern design is a lower set chassis, beautifully crafted with front & rear end moulded fibreglass panels (rear end includes a fully covered motor) and a newly designed rear drive that places the rear axle in front of the power supply. This will certainly create some major interest when it hits the track.

The collaboration and support between the NSW & VIC GP Midget Club’s has never been better, both between Committees and Drivers alike. This season, both states have agreed to introduce a $400 travel money pool, per non-title race event, shared between interstate drivers that attend – all aimed at increasing numbers and supporting each other.

With the new chassis builders committed to the class, rookie drivers having already competed or brought cars in readiness to compete and the bond between the two clubs, exciting times and the future has never looked brighter.

Interested people in New South Wales should contact the NSW Club by speaking with Adam Buckley on 0410 442 073.