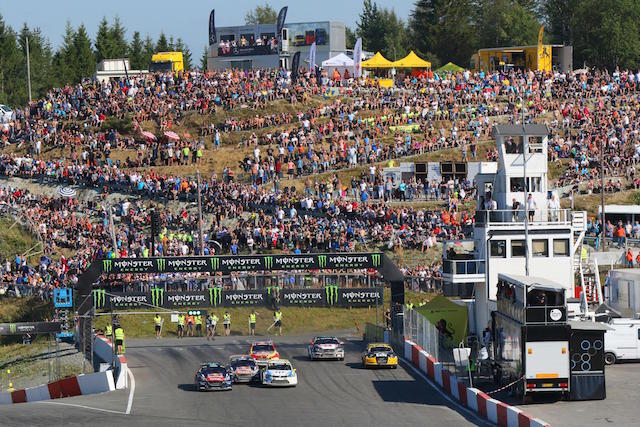 All 12 rounds of the World Championship will be aired live on free-to-air television stations NRK1 and/or NRK2.

The new agreement is part of a three-year deal in Norway and follows on from several other new or renewed terrestrial TV deals for World RX in 2016 including SVT (Sweden), L’Equipe 21 (France), Quest and ITV4 (UK).

Runar Ostmo, Head of Sports Rights for NRK, commented: “We are very happy to have secured the rights to the FIA World Rallycross Championship, which will help give the sport the exposure it deserves.

Petter [Solberg] is a household name in Norway and the fact that he is a two-time World RX Champion has certainly helped to heighten interest in rallycross across the country.”

Paul Bellamy, World RX Managing Director for IMG, concluded: “This is another positive step as we prepare to enter our third season as an FIA World Championship.

With two hugely successful World RX drivers deriving from Norway, Petter Solberg and Andreas Bakkerud, it is excellent that we are able to reward the Norwegian fans with free-to-air TV coverage.

Our Norwegian RX round is also growing from strength to strength and I’m certain the far-reaching TV coverage will encourage even more fans to attend Hell RX in 2016.”

World RX of Portugal kicks off the 2016 season and will take place in Montalegre from 15-17 April.