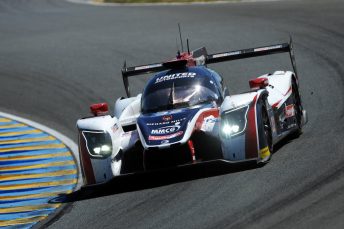 McLaren-Honda Young Driver Lando Norris will contest the Rolex 24 At Daytona next January (27-28). It will mark the British teenager’s maiden sportscar race, first 24 hour race and his race début in the United States. Britain’s multiple single-seater champion will use the experience with Anglo-American team United Autosports to stay race sharp during the winter and prepared for his 2018 “open wheel” season. Lando will race a Ligier JS P217 with fellow Daytona “rookie” Will Owen (US) plus a third as yet unnamed driver.

Norris currently lies third at the halfway point in this year’s FIA Formula 3 European Championship having claimed 10 podium finishes in the opening 15-races in what is his first full season of racing in the F3 category. The BRDC SuperStar’s rise in motorsport has been nothing short of sensational which culminated in him winning the prestigious 2016 McLaren Autosport British Racing Drivers’ Club (BRDC) Award last December.

Lando won numerous karting titles – including the world championship in 2014 – before switching to single-seaters, winning the MSA Formula Championship (2015) plus the Toyota Racing Series, Formula Renault Eurocup and Formula Renault Northern European Cup titles (all 2016). Norris, who has been expertly guided through his entire career by ADD Motorsports, is racing with Carlin in F3 this year.

Leeds-based United Autosports has raced a variety of GT3, sportscar and touring car machinery plus a range of rare historic race cars with success on four continents since its launch in 2010. The team won the European Le Mans Series title last year and claimed a very creditable fourth in LMP2 – an amazing fifth place overall – on its Le Mans 24 Hour race début last month (17-18 Jun). The Rolex 24 At Daytona is a 24-hour sportscar endurance race held annually at the Daytona International Speedway in Daytona Beach, Florida. It is run on a 3.56-mile combined road course utilizing portions of the NASCAR tri-oval and an infield road course.

“I’m looking forward to racing at Daytona – it will be an exciting one-off challenge competing in sportscars. The Rolex event and the Speedway track are both world famous. The experience will provide me with an opportunity to stay race sharp and physically fit during the winter, important elements for me heading in to the 2018 season, while at the same time having some fun in one of the world’s greatest sportscar endurance races. The Ligier will be totally new for me and the first car I’ve raced with a roof since a Ginetta in 2014 but I’m certain I’ll adapt quickly. United Autosports has quickly made a name for itself in sportscars and so I’ll be using its experience and Will’s to help in my transformation from single-seaters.”