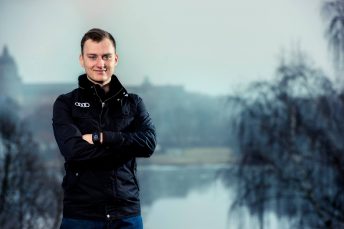 In 2013, Nitiss was crowned the European Champion in the highly-competitive Super1600 category. A year later, at the age of 18-years-old, he became the youngest driver ever to win a World RX round at the wheel of a Supercar when he triumphed at the Norwegian round of the World Championship. In the 560-bhp Audi Supercar, Nitiss will compete in all twelve World RX rounds and battle for points in the Drivers’ classification.

“Switching to the World Champion’s team is the dream of any racer,” explained Nitiss. “It’s a unique opportunity and I’m exceptionally happy that Audi and EKS is placing its trust in me.”

“Together with Audi Sport we worked hard to enter three cars in the race and I’m very happy that it worked out,” added Ekstrom, whose squad is receiving factory support from AUDI AG this year. “In Reinis, we have another strong driver. Although he’s only 21-years-old, he has gathered a lot of experience in rallycross.”