Nissan Motorsport ready to kick off Supercars assault in Adelaide

Nissan Motorsport ready to kick off Supercars assault in Adelaide 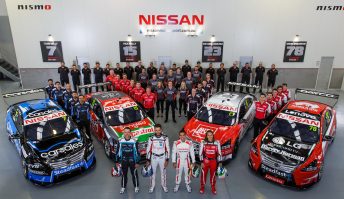 Nissan Motorsport is ready to kick off it’s 2017 Virgin Australia Supercars assault next weekend with one of the most grueling events on the calendar – the season-opening Clipsal 500 on the streets of Adelaide.

Held on a modified version of the old Formula 1 street circuit, the Adelaide race was first run in 1999 and has become a hugely popular and award-winning feature of the Supercars calendar.

Last year Nissan Motorsport’s Michael Caruso was a model of consistency to finish 13th and sixth in the two 125km races and then scored second place in the final 250km battle to lead the championship after the opening around.

Four Nissan Altimas will hit the streets in Adelaide this weekend with Swiss female racer Simona de Silvestro making her full-time championship debut with the team. She joins Caruso, Rick and Todd Kelly in the team for 2017.

“It’s always really exciting to head to the first round of the Championship,” Rick Kelly said.

“The team has put in a major effort in the off-season and all four Nissan Altimas look great. The Clipsal 500 is a unique event and a very challenging one to start the year off.

“The concrete walls line the track and any mistake can take you out. Another consideration when at Clipsal is the weather, last year we had rain, but previous years have seen very high temperatures – this is where you cash in all that pre-season training.

“So add all of that together and it will be a real challenge, but one we can’t wait to take on.”

This year’s schedule will revert to a pair of 250km races – one each on Saturday and Sunday.