With a new committee, new members and some new additions to their calendar, it’s a fresh look for Wingless Sprints NT in their 2019 season, and it’s gearing up to be one of their biggest and best yet. 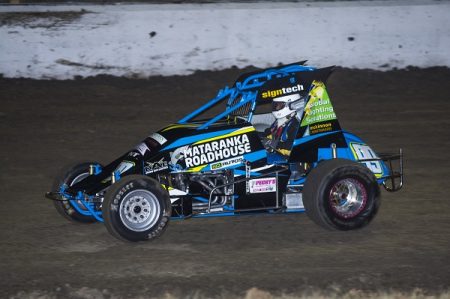 While many of last season’s drivers, including Josh Norman, Jarrod Goldoni, Sean Tiedeman and Tyson Newcombe, will once again be hitting the track this season, a number of new faces will also join the fold, bolstering competitor numbers throughout the 15 scheduled race meetings.

Father and son duo Graeme and Chris Heeridge will be making Wingless Sprint racing a family affair, while Zack Grimshaw and Matthew Sealy will be making their transition into the class, Grimshaw from Junior Sedans and Sealy from bitumen go karts.

Following a stint on the sidelines for the past two seasons, Kyle Wiseman is looking forward to returning to Wingless Sprint competition this season, as is Daniel Goldoni, who has been building up his race craft in the 410 Sprintcars class, with Tom Britton and Troy Carey (NSW) also likely additions to the field.

With over a dozen race meetings on the calendar, most of which will take place at Darwin’s Northline Speedway, drivers are eager to contest the inaugural Duel in the North Speedweek, which will be fought out over four nights of racing and will support the Sprintcar Chariots of Thunder Series.

Capped at 20 drivers, the Duel in the North Speedweek will see participants battle it out in twin 25-lap feature races on each night of competition; an initiative that has been met with significant interest from leading drivers throughout the Northern Territory and interstate.

Although the NT Title will not be held this season, returning in 2020 at Arunga Park Speedway in Alice Springs, there will be no shortage of blue-ribbon events on offer, with the Darwin Title taking place over two nights on June 8 and 9, and the Hugh Britton Memorial Shootout acting as a prelude to the Duel in the North on August 9, both at Northline Speedway.

This season will also see a return to Katherine Speedway, with an outing on the Saturday night of July 13 being sponsored by Auto Pro Katherine.

“Our focus has definitely shifted towards unifying Wingless Sprints throughout the Northern Territory, and as a result of that, we have a strong car count, with almost 20 registered cars, and an exciting calendar in store. This season is all about bringing the fun back to racing, so we’re looking very forward to getting it underway.”

Wingless Sprints NT would like to thank Humpty Doo Trees (Tyson Newcombe) and Repco Pinelands (Rob Thomas) for their support of the newly-introduced Duel in the North Speedweek.

Based in Darwin, Humpty Doo Trees is an arborist company offering tree removal, stump grinding, yard clean ups and mulch sales to clients in Darwin and surrounding areas. To find out more about them, visit their website at www.humptydootrees.com or LIKE them on Facebook by searching Humpty Doo Trees.

A long-time supporter of speedway racing in the Top End, Repco Pinelands stocks a wide range of automotive parts, tool and accessories, as well as offering vehicle servicing. Get in touch with them by calling 08 8932 2599.