New partnerships for Elliott ahead of National season opener

New partnerships for Elliott ahead of National season opener 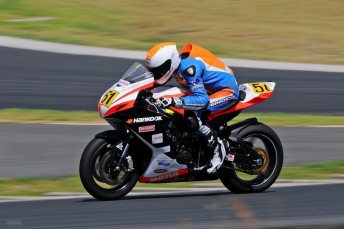 Brayden Elliott is pleased to confirm three new sponsors in addition to his returning partners for the 2015 racing season.

Knobby Underwear Australia, Arthur J. Gallagher Insurance Brokers Wagga Wagga and RSM Bird Cameron Accountants Wagga Wagga have all signed on with Brayden for the new season to provide essential support towards the Tumut rider’s biggest season of racing in his career so far.

Knobby Underwear have been associated with action sports for some years and their partnership with Brayden will be the brands first with a motorcycle racer.

Partnerships with Wagga Wagga branches of Arthur J. Gallagher Insurance Brokers and RSM Bird Cameron will provide essential support for the year ahead.
Brayden is understandably excited at the opportunity to be partnering with such well known Australian company’s and brands as he begins final preparations ahead of the opening event of the 2015 season at Phillip Island in two weeks.
Brayden Elliott:
“I’m very excited to announce Knobby Underwear Australia have come on board for the 2015 season.

I’m really looking forward to working with the company to continue building their brand.

To be promoting a product that wouldn’t normally align itself with motorsport is something that I’m very excited about.

After Knobby have broken into many action sports, the product and company has
continued to grow as I will take great pride in being their first Motorcycle athlete.

I’m very grateful to have them come on board offering their amazing support and interest in
my racing career. I’m definitely looking forward to working closely with the team at Arthur J. Gallagher during this year to continue to strengthen their brand.

I am extremely thankful to have RSM Bird Cameron Accountants Wagga Wagga confirm their support as they join the team in 2015.

To have such a prestigious business show their interest is something that I am very proud of and look forward to displaying their logo throughout the twelve rounds of racing that I will be contesting this year.

I look forward to working with RSM Bird Cameron Accountants during the year to build our partnership further.”