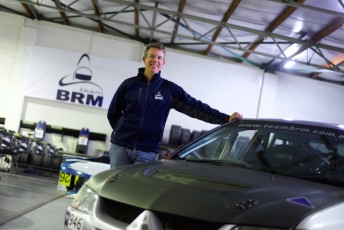 MEDIA RELEASE: This December, South Australia’s Barossa region will play host to an all-new closed road hillclimb competition that will be the longest event of its type in the state.

Entries are now open for the inaugural Eden Valley Hillclimb, which will be held on Sunday 13 December 2015.

The event’s all-tarmac course will comprise a challenging 3.5km section of the Sedan Hill Road (Stott Highway), between the picturesque North Eastern townships of Keyneton and Sedan.

Auto Corsa Group director Stuart Benson, who has previously been involved in the delivery of a number of local motorsport events including Classic Targa Adelaide, the Port Adelaide Carrera and the Adelaide Motorsport Festival, said there was a lot of support for the event from the local motorsport community.

“After speaking to a number of motoring enthusiasts and participants, it became clear that there was a high level of enthusiasm for a new hillclimb event in South Australia,” Mr Benson said.

“We evaluated a number of different roads in a number of areas and eventually landed on what we believe offers the best combination of technical challenge and accessibility.”

The driver-only Eden Valley Hillclimb will be limited in size to a field of 100 classic and modern production sports cars and will also attract an array of production based circuit, time attack and rally cars.

A two and a four-wheel-drive category will be offered and classes will be based on engine capacity and included are two special classes to accommodate rally cars with gravel tyres.

Professional racing outfit, Adelaide’s Team BRM, has already thrown its support behind the inaugural event to the tune of a four-car team, which will include the 2003 Mitsubishi Lancer Evolution 8 of team boss Mark Rundle.

“Based on a dollar-per-kilometre ratio, the Eden Valley Hillclimb is easily one of the best value for money events of its type in South Australia,” Mr Benson said.

Competition will commence at 10.00am. Competitors and their cars will congregate throughout the day at the event’s start line (accessible from Sedan).

Here, local motorsport enthusiasts will have the opportunity to rub shoulders with the drivers, see the cars up close and watch them off the start line.

There will also be a number of accessible and safe spectator viewing zones along the course.

The Eden Valley Hillclimb is facilitated through support from the Mid Murray Council and the approval of the Government of South Australia through the Department of Planning, Transport and Infrastructure and South Australia Police.

The event is sanctioned by the Confederation of Australian Motor Sport (CAMS) and is subject to permit number 515/1312/01.