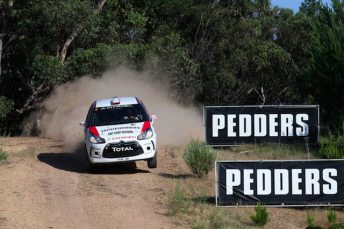 MEDIA RELEASE: As the year draws to a close the Australian Rally Championship has welcomed a new Chairman, Mr David Waldon, who takes over the role being vacated by current Chairman Mr Ben Rainsford.

“It is an honor and privilege to be accepted as the new Chairman of the Australian Rally Championship by the Board of CAMS,” said Mr Waldon.

Waldon, a past competitor and organiser, was quick to acknowledge the effort and success of Mr Rainsford, together with his fellow ARC Management team, with what they achieved over the past five seasons, making this era one of the most active in the Championship’s history.

This period saw the introduction of forward-thinking regulations such as G2, a successful junior development competition for drivers under 28, the championing of Rallysafe safety tracking for all ARC Rounds, and the building of social media in the form of Facebook, Twitter and YouTube, as well as continued development of the rally.com.au website.

Mr Waldon has stated that 2016 looms as an exciting year for the Australian Rally Championship with a move back to allowing 4WD vehicles to fight for outright honours alongside 2WD. He also acknowledges that the Championship faces its challenges in a highly competitive and volatile commercial market.

“I am looking forward to getting on with the job at hand, so that we can maximize our effectiveness in 2016, and continue development of a long term plan to provide all our stakeholders with a World class motorsport product,” he said.

The 2016 Australian Rally Championship begins with the Quit Forest Rally in late April, then National Capital Rally in late May, the International Rally of Queensland in mid-June, Scouts Rally SA in early September and the season ending Round Coates Hire Rally Australia in mid-November.