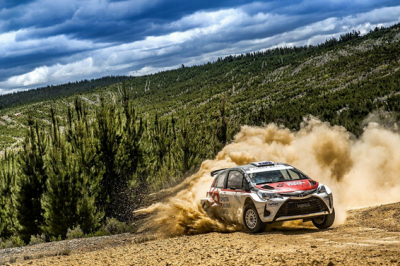 The Netier National Capital Rally are thrilled to join forces and announce the official vehicle partner for the event as Canberra’s independent, local and family owned Toyota dealer, National Capital Toyota – only in Tuggeranong.

“Toyota’s long-term involvement in motorsport combined with the Canberra community’s unwavering support toward events like this in the past, made becoming involved with The Netier National Capital Rally a very easy decision to make. National Capital Toyota is Canberra’s only independent, local and family owned Toyota dealer and we are proud to be supporting a local event that is a major source of enjoyment for our community,” explains General Manager, Michael Hanrahan.

Event Manager Michael Wallace is pleased to have National Capital Toyota apart of the event this year, explaining “With local Canberra driver Harry Bates sporting a Toyota Yaris and National Capital Toyota being the only independent and family owned Toyota dealer in Canberra it seemed an ideal partnership. We are so fortunate to have such incredible support from our sponsors and volunteers who make this treasured event possible”