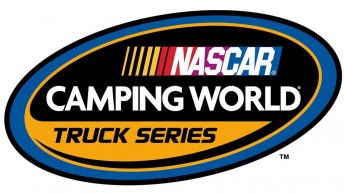 NASCAR has reached a seven-year agreement with Camping World to remain the entitlement sponsor of the NASCAR Camping World Truck Series through 2022.

The new deal ensures that Camping World will own exclusive rights as title sponsor for a total of 14-consecutive years, equaling the longest entitlement sponsorship in the history of the national series, which is celebrating its 20th season.

The renewed partnership aligns two brands in the midst of significant growth. Since originally becoming series entitlement sponsor in 2009, Camping World has expanded its number of stores by 35 percent, resulting in the company eclipsing $3 billion in annual revenue.

“The NASCAR Camping World Truck Series has one of the most consistent and durable audiences in all of sports, averaging approximately 800,000 or more television viewers per event over the past six years,” said Steve Phelps, NASCAR chief marketing officer. “Camping World’s seven-year continued commitment to our sport demonstrates its confidence in our on-track product and strength of our brand loyal fan base.”

The NASCAR Camping World Truck Series features some of the toughest and most competitive racing in the sport. The series has helped catapult the careers of many of the sport’s most popular and successful drivers, such as Greg Biffle, Kyle Busch, Carl Edwards, Kevin Harvick and Brad Keselowski. Currently, the series houses a young crop of stars that are talented, dynamic and diverse, including Ben Kennedy, German Quiroga Jr and Darrell Wallace Jr.

“Camping World and NASCAR are mutually invested in the growth of a national series that is celebrated for its exciting brand of racing and the most loyal fan base in the country,” said Camping World and Good Sam Enterprises Chairman and CEO Marcus Lemonis. “Six years ago we felt strongly that the sponsorship would dramatically increase our customer base and it’s delivered. We expect to see continued success in the coming years.”

Additionally, the new agreement provides official NASCAR status to two growing automobile companies; CarCash as the Official Auto Buying Service of NASCAR, and AutoMatch USA, as the Official Pre-owned Automobile Retailer of NASCAR. CarCash, featured on Season 1 of CNBC’s The Profit, purchases used cars from individuals in return for immediate cash. AutoMatch USA, featured on Season 2 of CNBC’s The Profit, specializes in the sale of foreign and domestic pre-owned cars of all makes and models.