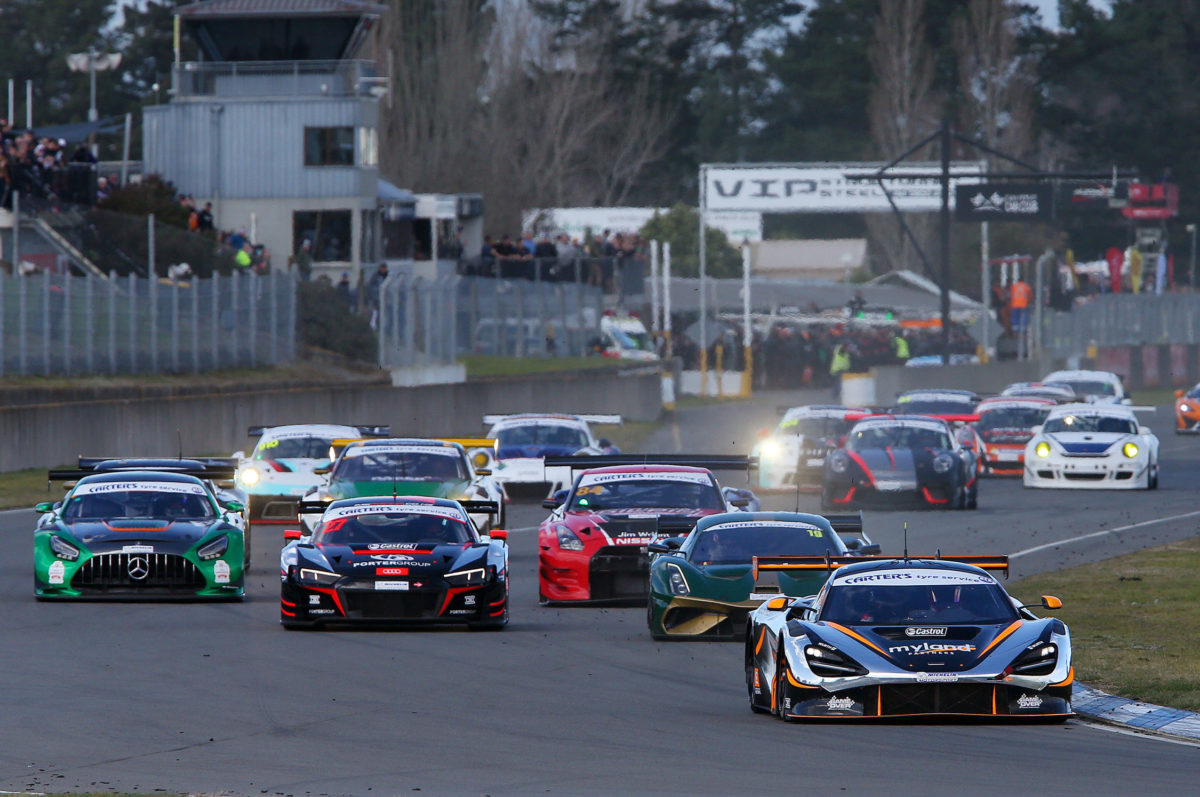 “What a great race with a great field of cars, it was so much fun,” commented Fillmore.

“In testing on Friday, we knew we were on the pace and that we had a good car.”

Second-placed Fawcett and Gaunt initially led from pole position only to lose time after being spun around early in the race.

“I think we were 30 seconds down at that point,” Fawcett said.

“I couldn’t get the car restarted and it took a while to get going.

“We managed to fight back so pretty happy to get on the podium.”

With one of the best fields assembled for the three-round series, it was always destined to be a close and action-packed event.

First it was the Nissan GTR Nismo GT3 of Lance Hughes/Chris Ven Der Drift that led the field for nearly half the race until the compulsory pitstop and driver changes started taking place which saw a change in most of the top 10 positions.

Later their charge came undone with a steering issue with just 35 minutes remaining.

The second Nissan GTR Nismo GT3 of Rhys Gould/Gene Rollinson had already retired out of the race along with 2021 Three-Hour champions, Scott O’Donnell/Allan Dippie (Porsche 991 GT3R) with a gearbox issue.

Also retiring near the halfway mark was the Brabham BT62 of series sponsors Dwayne Carter/Matt Carter after a wheel came loose damaging a radiator.

This brought about the only safety car intervention and a flurry of pitstops. Emerging in the lead was Johnny Reid in the Audi chased closely by the Daniel Gaunt in the McLaren.

At this stage there was a 13 second lead with Gaunt closing each lap.

“We were hanging on for dear-life at the end,” said Reid.

“We had a front tyre that was losing pressure each lap so I was just counting down to the chequered flag, talking to the team and managing it as best as we could.”

“We went longer in that second stint and obviously had fresher tyres in the end,” commented Gaunt who set a new lap record late in the day of 1:19.414.

“I think we had the pace today., Andrew (Fawcett) did a stellar job to claw some time back and put us in the hunt.

“Had we had another five laps then it could have made a difference.”

“This is amazing,” commented Malmezac.

“First in Class is really great. Jono (Lester) did most of the work and the team has also done so well,”.

Drivers and teams now have a three-week break before resuming the competition at the second round at Teretonga Park in Invercargill 24 September 2022.