Murphy and Marston keen for first crack at Coromandel Rally

Murphy and Marston keen for first crack at Coromandel Rally 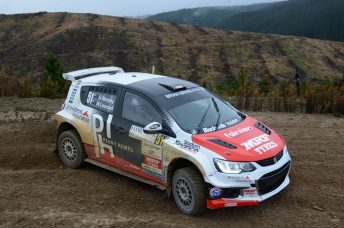 Greg Murphy and Josh Marston each tackle Rally Coromandel for the first time this weekend. The Penny Homes Holden Rally Team drivers are looking forward to piloting their Holden Barina AP4+ cars through the one-day rally on 26 August.

For Christchurch-based Marston and the team’s cars and crew, it’s a long trek north for the fourth round of the 2017 New Zealand Rally Championship based in Whitianga.

“I’ve heard a lot about the Coromandel rally and the roads sound like they are top notch so I’m really looking forward to getting up there,” Marston says. “From the in-car footage I’ve seen, it looks to be similar to Whangarei if a little slower but generally good gravel public roads, flowing with cambers. With all the stages being run in a different direction this year, that will be a bit of a leveller as they’ll be new to everyone – that helps us a bit having not done this rally before.”

Since the previous round in Canterbury, there’s been a raft of minor development work and general maintenance on the new-this-season Barina rally cars at RDL Performance, the motorsport fabrication and race/rally car preparation operation run by Marston’s family in Christchurch.

Marston says: “We are confident that the setup changes we are making will move us in a positive direction.”

Marston and Murphy have straightforward goals for Rally Coromandel – Marston to find a good rhythm and feeling in the car, and Murphy to keep building his rallying experience by completing as many competitive kilometres as possible.

“I don’t have too many expectations in terms of outright performance,” Murphy says. “I’m just excited to be back in the car again, it seems like an eternity since Canterbury! Hopefully we get some decent weather compared to the last two events and allow the MRF tyres to bite into some dry roads instead.”

Murphy’s been working on his own knowledge. “I’ve spent a fair bit of time looking at in-car video from Canterbury, focussing on the pace notes. I’ve had a Motion Force 1 Simulator at home over the last few weeks which has Dirt Rally loaded into it. Even though it is a simulated video game, it is incredibly tough and requires intense concentration to get through the stages and the pace notes make a huge difference to your performance, so hopefully the brain is getting a bit more used to having instructions delivered in that format.”

During the break, Marston’s co-driver Andrew Graves, from Gore, hopped into the driver’s seat for the Catlins Coast Rally in early August. Ranked the top seed, Graves delivered a commanding drive to win the rally for the third time. “A brilliant effort,” says Marston. “Congratulations to Andrew and his co-driver Jared Leebody for their win.”

Also, during the break, Murphy’s car has been on display at the Mystery Creek Feildays on the Holden site and was driven by a successful competitor in another motorsport category to make a video which Murphy says will be released soon.

Rally Coromandel comprises seven special stages, taking competitors from the Whitianga base as far north as Kennedy Bay and west to Coromandel and Te Mata Bay. The 139.03 competitive kilometre event concludes with a 1.05km super special stage on the streets of Whitianga.

Marston adds: “Sounds like a bit of a lottery up there as the long range forecast is for rain, surely we can’t have three rallies in a row where it is wet! Apparently, the roads are quite hard on tyres if the weather is dry, but can also be quite slippery if wet so makes it tricky from that aspect.”