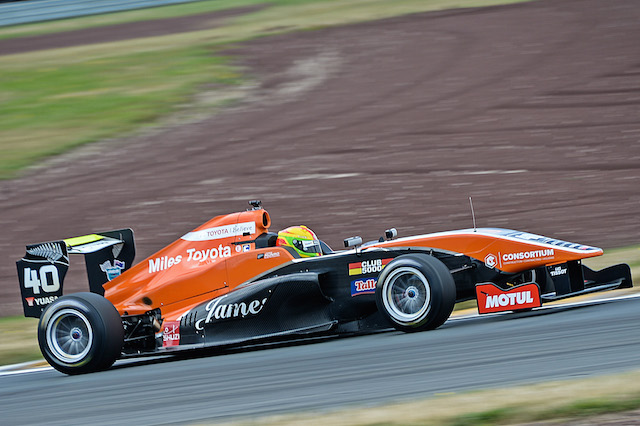 MEDIA RELEASE: Christchurch racing driver James Munro is seeking redemption in this summer’s Toyota Racing Series after a frustrating run in the 2015 championship at the start of this year.

The 18 year old finished ninth overall, scoring just one podium in the five round series – a second place during round two at Teretonga, Invercargill.

“Various things outside our control held me back,” said Munro, who had made an encouraging TRS debut at the start of 2014, winning a race at Timaru in his rookie season and finishing seventh overall in the championship.

“I guess I’ve got a point to prove this time,” said Munro. “I put myself in a few positions I shouldn’t have last summer.”

Munro said he believed he could be a serious contender if he finds his form. “The main thing is to have a clean run and no problems in any of the races. If you can’t win you’ve got to finish every race and be as consistent as possible. I think we can be competitive up the front of the field.”

Munro had come into TRS having won the New Zealand Formula Ford Championship in 2013 with victory in 10 of the 15 races in his first year in the class, only the second ever rookie driver to win the title in the more than 40 years the series has been run.

Previously he had spent five years in karting, having started as a 10 year old. That culminated in runner-up in the national Rotax Max Challenge Championship, by a single point.

After his TRS debut, Munro competed in the Formula Masters China series in 2014 winning the championship with victory in eight of the 18 races.

This year Munro has spent time coaching budding race drivers in China and came away with a fourth placing in the Japanese Formula 4 series. He also won the GT Am class in the Asian Le Mans series driving a Porsche Carrera Cup car.

And as a warm up for the Toyota Racing Series, he is driving a Lamborghini Huracan in a 12 Hour GT race at Sepang in Malaysia next month.

The Toyota Racing Series is held over five consecutive weekends, with practice sessions on the Friday, qualifying and one race on the Saturday and two races on the Sunday. This year’s championship starts at Munro’s ‘home’ track, Ruapuna, near Christchurch on January 16-17 2016.