Mouritz grabs a podium for the Kartclass team!

Mouritz grabs a podium for the Kartclass team! 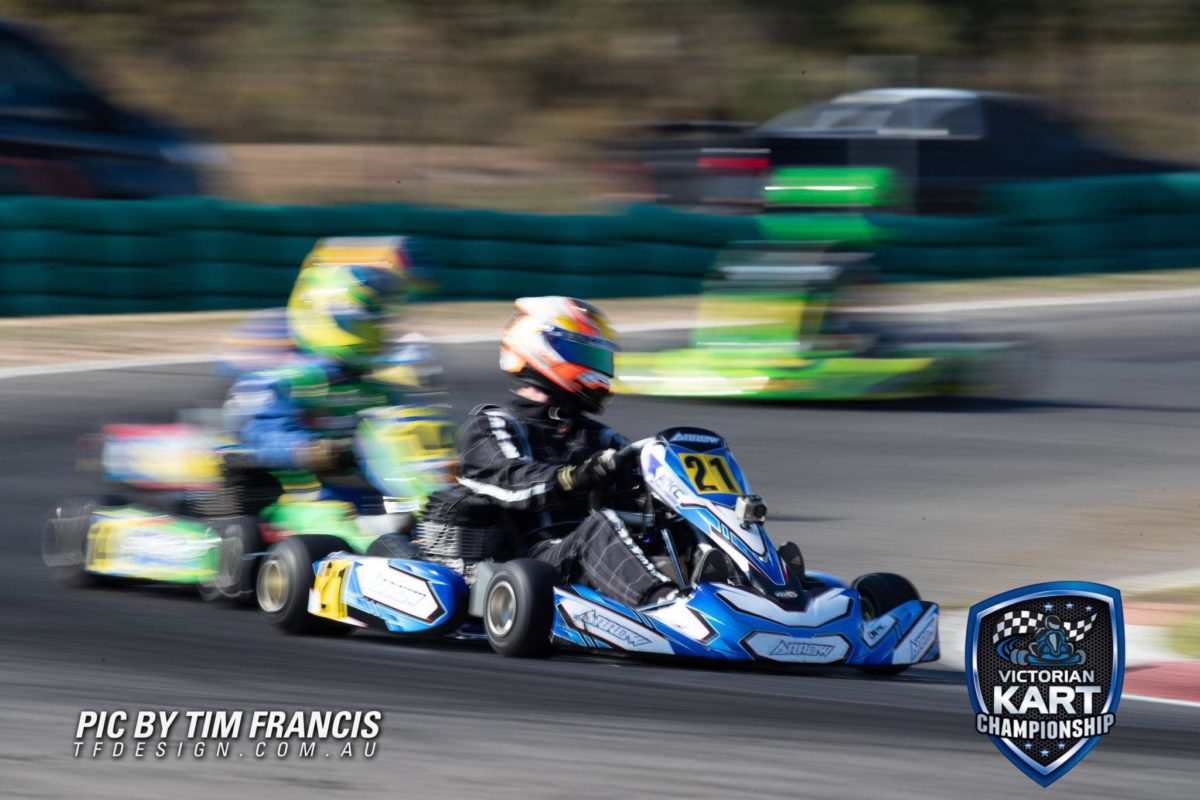 Karting Australia front running team Kartclass returned to the track over the weekend for the Victorian State Championships. The team led by eighteen-time national champion had six drivers across six different classes, competing and trying to take home the coveted state championship glory. Sera was leading the team also in their preparation for the third round of the SP Tools Australian Kart Championship at the circuit in June.

Benjamin Mouritz took on the KA3 Senior Medium for Kartclass and started his weekend well, qualifying just outside the top five in position seven overall. Mouritz then did a fantastic job throughout the heats climbing his way into second in heat one, fourth in heat two and third in heat three. Mouritz continued his charge in the final and in a fantastic drive was able to come home in the runner up position in second spot and up on the podium!

Luke Sawyer represented the Kartclass stable in the highly competitive X30 Light field. Sawyer had a tough start to his weekend with an exclusion from qualifying, which had him starting off the rear of the forty kart field. Luke did a great job in the heats moving up to position eighteen in heat one, twenty seventh in heat two and twenty fourth in heat three. Sawyer pushed hard in the shortened final to finish just outside the top twenty in position twenty-one overall in a nice fightback from qualifying.

Nathan Lucas was another senior karter racing under the Kartclass banner, this time in TAG 125 Heavy. Lucas qualified in position seventeen of the near twenty-five kart field and had mixed Saturday results. Moving into the top fifteen was the highlight in heat one but a DNF hurt his chances in heat two. Lucas was able to move inside the top fifteen for both heat three and the final coming home in position fourteen to finish his Victorian Kart Championship tilt!

Fresh off a battling for victory at Bolivar last weekend, Peter Bouzinelos was back on circuit for Kartclass in KA3 Junior. Peter did a sensational job qualifying inside the top five to start his Saturday and a brilliant third place in heat two had him in contention to start Sunday. Unfortunately, a rough Sunday resulted in Bouzinelos finishing outside the top ten in thirteenth in heat three. Peter had more luck go against him in the final, dropping outside the top twenty in position twenty-one. Bouzinelos will be excited to get back inside his KA2 rocket for round three of the SP Tools Australian Kart Championship.

Riley Harrison battled up the front in Cadet 12 at the SP Tools Australian Kart Championship at Bolivar last weekend and looked to do the same this weekend at Puckapunyal. Harrison had the worst possible start to his weekend, unfortunately not being able to set a time in qualifying and starting of the rear of the near forty kart field. Riley moved forward in heat one to position thirty-one but put in a scintillating performance in heat two to move up to fourteenth. Harrison was able to move his way up to position twelve by weekends end in a near thirty kart place progression over the weekend!

Jay Kostecki was the youngest driver in the Kartclass team but this didn’t stop him being competitive, setting the fifth fastest time in qualifying. Jay had an unfortunate DNF to start his racing weekend but an excellent fourth in heat two got the young driver back on track. Another DNF in heat three hurt the young drivers starting position for the final. Kostecki was able to come through in the final and finish just outside the top five in position six overall in a great recovery.

Team owner and manager David Sera spoke post weekend of the team’s ups and downs. “Tough weekend for most of our drivers after suffering incidents in qualifying and racing. The pleasing part was the pace we showed which gives us confidence leading into the AKC in a month’s time. A big effort by Ben Mouritz to podium on debut with the team” Sera will lead the Kartclass team once again at the third round of the SP Tools Australian Kart Championship on the first weekend in June.