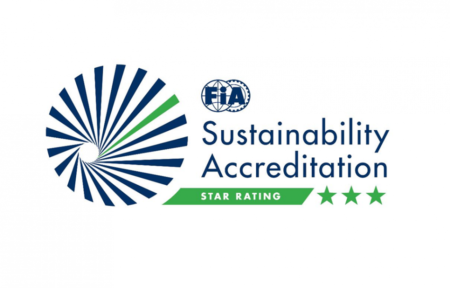 Motorsport Australia’s operations at its new Melbourne headquarters has attained the highest level of recognition in the FIA’s Environmental Accreditation Framework following completion of an extensive audit by the FIA last November.

The FIA’s Environmental Accreditation Program is an initiative introduced by the FIA to help motorsport organisations around the world measure and enhance their environmental performance in order to facilitate improvements in motorsport sustainability worldwide.

The accreditation process included a detailed evaluation of Motorsport Australia’s existing environmental impacts to identify key areas where improvements could be made to reduce energy, water and resource consumption as well as introduction of measuring monitoring and management systems to track performance.

The FIA then considered a formal application and completed an in-depth assessment, including interviews with key staff, before awarding level 3 accreditation – the gold standard under the FIA’s scheme.

Motorsport Australia CEO Eugene Arocca was proud the organisation was able to achieve the top level of environmental accreditation, congratulating all those who contributed to the honour.

“To receive the FIA’s highest level of recognition in regard to the Environmental Accreditation Programme is a significant honour and something we are extremely proud of,” Arocca said.

“With our journey starting back around 2017, this achievement confirms our commitment to leading environmentally responsible across all areas of motorsport.

“We are committed to ensuring that motorsport can adapt in a time where environmental action is required and we will continue to strive for other improvements in the years to come.”