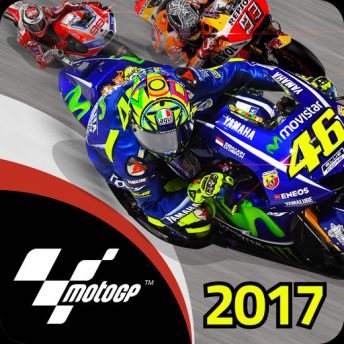 The MotoGP™ Championship Quest racing App has been overhauled and updated for 2017, firing up for the future like never before. With riders and teams reshuffled and the addition of Red Bull KTM Factory Racing, the App blasted straight onto the front row in App stores upon release – and remains in the fight at the front. The App is even second on the podium in Italy and Spain, becoming the second most downloaded game.

The cornerstone of the MotoGP™ Racing Game is the MotoGP™ Fan World Championship, a global contest where fans from around the world race as their favourite rider. Rules changes and updates brought in for 2017 have created an even more hotly contested competition, with the rivalry at the top tighter than ever. A live ticker at the bottom of the App screen shows the series ranking each round in real time, making every tenth count – just like on the track.

Other updates include the addition of a career mode where players are able to track their progress on every track and unlock telemetry data such as their high score, fastest laptime and performance on the brakes and throttle on every track. There’s a lot at stake, as riders gain their ranking in the MotoGP™ Fan World Championship based on the performance of their fans.

Another change in the series is the timetable of Fan World Championship rounds, moving from weekly tournaments last season to bi-weekly in 2017. This change ties in with another new system introduced in the updated App: a series of divisions and rankings within those divisions, meaning the race is on to move up through the ranks to the top.

Mark De Simone, Spokesman for the MotoGP™ Fan World Championship race direction: “The effects of moving to a high score tournament system has generated a far more dynamic leaderboard for the MotoGP riders, and of course their contributing fans, and we can see the intense competition amongst the fans as they battle it out each round. We saw a very strong fan engagement in 2016 and this trend has continued. In the week leading up to the Catalan GP at the Circuit de Barcelona-Catalunya, fans were participating in over 600,000 races per day. Our fans told us that they wanted a more meaningful ranking system that saw them pitted against players of similar ability and bike upgrade levels. The introduction of the divisions and ranks within those divisions ensures that the players are not only competing against similarly skilled players, but it gives them a real sense of achievement as they rise up through the ranks and fight their way to Division 1.”

The winners of the MotoGP™ Fan World Championship will receive an assortment of incredible prizes, and members of the exclusive Paddock Club can race to win real world prizes related to MotoGP™. This is another first for Dorna as the commercial rights holder of the Championship emerges as an innovative leader in eSports, having recently announced an eSport Championship Series with MotoGP 17 in conjunction with Sony Playstation.

The MotoGP™ Championship Quest app is available for free on the App Stores.