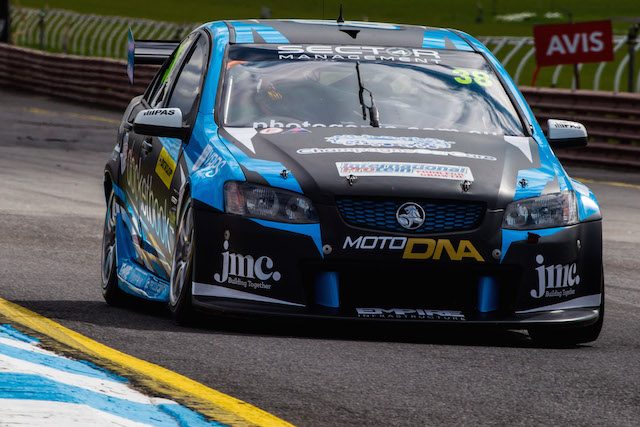 As one of the rising stars in Australian motorsport, Liam ‘Mac’ McAdam knows all too well the importance of expert coaching when it comes to mastering the art of driving a V8 Supercar in the Dunlop Development Series.

It seemed logical for Mac that when he decided to ride a motorcycle to University, where he is studying engineering, that he needed to learn the art of motorcycle riding.

However, after Mac completed a recent motoDNA training day at Norwell Motorplex he was surprised that riding the bike had also elevated his senses, something that he’s confident will help his V8 supercar chances.

“I felt my senses had heightened, probably due to feeling more exposed on the bike compared to the car. I also feel my fine motor skills improved as I was seeking out feel from the motorcycle tyres.” Mac commented. 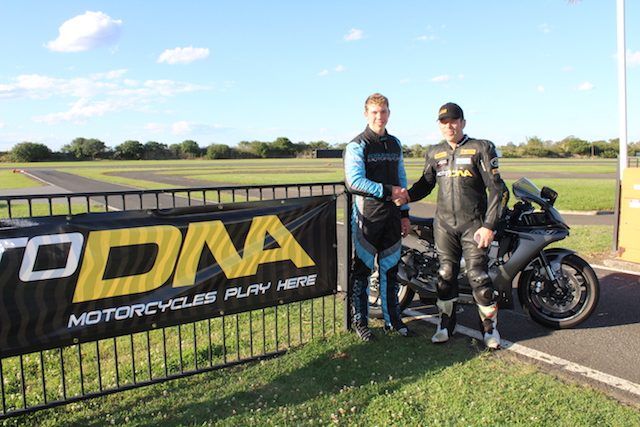 Mark McVeigh, CEO of the Dorna accredited motoDNA Riders Academy, was delighted with the mature attitude that Mac has towards safe and skilful riding.

“Mac is certainly a talented driver and improved out of sight on his first day riding his motorcycle at Norwell Motorplex.”

McVeigh, a former Triple Eight Supercar Engine Engineer has worked with Supercar drivers on motorcycles in the past that reported similar benefits.

“I ran motorcycle track events during my time at Triple Eight which were well attended by Supercar drivers. Its great to see so many Supercar drivers enjoying the training element that riding bikes can bring.”

“I’m looking forward to seeing how Liam’s riding improves his car speed at Bathurst.” See Mac and motoDNA at the Bathurst 1000.

The Dorna accredited school is also the only RACQ approved motorcycle school and boasts top coaches from MotoGP.