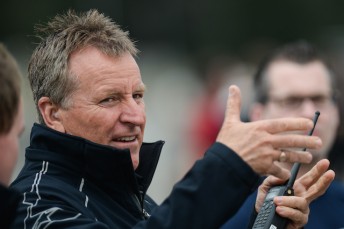 Thomlinson, the Category Manager of the premier single-seater championship which is run over five rounds in January and February, believes the recent success of its graduates will encourage the next generation of world class driver’s to get involved.

Mitch Evans who also finished in the top ten and second in his class in the famous French race is another winner to come out of TRS, as is Richie Stanaway who led his class for much of the 24 hours.

“Each year the level of inquiry about racing in TRS increases,” said Thomlinson.

“Drivers see the benefits of five intense weeks of racing in the northern hemisphere off-season. And apart from the Kiwi drivers, there are many international drivers who have competed here that have gone on to become recognisable names in various categories around the world.”

The presence of as many as 15 or 16 international drivers in the TRS field provides New Zealand’s young emerging talent with an opportunity to gain experience and gauge their own competitiveness against up and coming international talent.

The Toyota Racing Series has become the crucible for nurturing local drivers to see if they are good enough to venture abroad.

The single seater championship will run over five rounds in January and February.

Thomlinson will go to a combination of Formula 3, Formula 4 and GP3/GP2 races at the Red Bull Ring in Spielberg, Austria; Snetterton in England; the Nurburgring in Germany and Belgium’s Spa Francorchamps circuit during August.

There he will meet with drivers, managers and parents to discuss and sell the benefits of racing in New Zealand in January and February next year in one of the identical Toyota powered single seaters which are supplied by Tatuus SRL in Italy.

The TRS series is unique, with all the cars being owned by Toyota New Zealand and using the same Toyota 1.8 litre engines.

All the cars are currently being stripped and rebuilt for the 2016 series.

The Toyota Racing Series was originally set up as a stepping stone above Formula Ford to help local drivers transition to international racing.