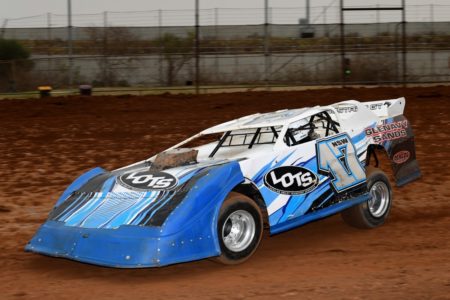 Gentleman, start your engines! Following the recent exciting announcement of what is going to be a bumper 2021-22 season, the NSW Late Models are delighted to announce two extra rounds to their United Realty Wild West Shootout Series schedule.

Gilgandra Speedway, which is located in the central west of NSW, have come onboard with two dates for the thundering Late Models on October 2 and January 29 for rounds one and five of the United Realty Wild West Shootout Series. The Late Models have appeared at the 426-metre track on a few occasions over the past decade and have always been well received.

NSW Late Models president Ross Nicastri is very excited about the addition of Gilgandra Speedway to their season calendar and consequently their schedule getting underway a bit sooner than expected.

“It’s fantastic to have Gilgandra Speedway join our calendar as part of the United Realty Wild West Shootout Series and another bonus of this announcement is that our massive season begins earlier,” enthused Nicastri, who added that the season opener on October 2 at Gilgandra Speedway will now be $2,000 to win and double points.

“Gilgandra Speedway is great regional track that has a solid fan following, and we are all looking forward to the Late Models returning there and putting on a show on the two occasions we appear there during the season.”

Nicastri continued on by saying that the jam-packed schedule has certainly got their drivers on the front foot with their race car preparations for the season ahead.

“There are currently a lot of teams that are busy working away in their garages getting ready for the season ahead rebuilding their race cars and some are preparing to debut their brand-new race cars,” he commented.

“We are hopeful of having around 20 cars at most race meetings and quality amongst the field is the best it has ever been and that certainly buoys well for some spectacular racing around our home state.”

Just when you thought the 2021-22 season for the NSW Late Models was going to be big, it’s just got a lot bigger!

NSW Late Models would like to thank their 2021-22 season supporters: