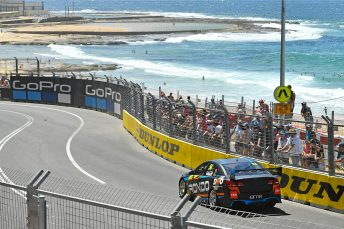 Nathan Morcom has wrapped up the 2017 Super2 Series Championship in 13th, after a strong weekend with two top ten finishes at the Newcastle 500.

After coming to grips and getting comfortable with the track in Practice, Morcom wrapped up the first Qualifying session in P10.

Morcom got a good start to the Race, jumping Anton De Pasqaule from the outside and moving onto more good hard fought battles with the front runners.

The Rondo Driver made his way into P7 and was looking to finish there, but on the last corner of the last lap he was turned by another driver.

Morcom quickly recovered to cross the line in P9 for a solid Top 10 result.

Morcom was happy with his result but he believed it wasn’t the result the team deserved.

Morcom and the team tried a setup change overnight on the hunt for speed in back of the car, but missed the mark and only got one lap in the qualifying session, finishing P18.

Morcom had a great start to the Race, making up a series of positions before the run down to Turn 1 and navigating his way around an accident, which saw him make gains into P12.

The Rondo Racer had a series of intense battles with Brodie Kostecki, and later fought with Paul Dumbrell for position in the final laps.

The Number 54 Car had pace, and Morcom closed in on the cars in front and crossed the line in 8th Place for his final Super2 Race in 2017.

Morcom would like to thank all of his supporters and partners, as well as Eggleston Motorsport for their support throughout the season.

“Newcastle is an awesome fast and loose track, the atmosphere was insane with all the supporters around! I had some great battles in my races, but just missed the mark in qualifying. Big thanks to all of my sponsors, partners and the Eggleston team for all their support this year.”