Mo is the go for Freightliner Racing

Mo is the go for Freightliner Racing 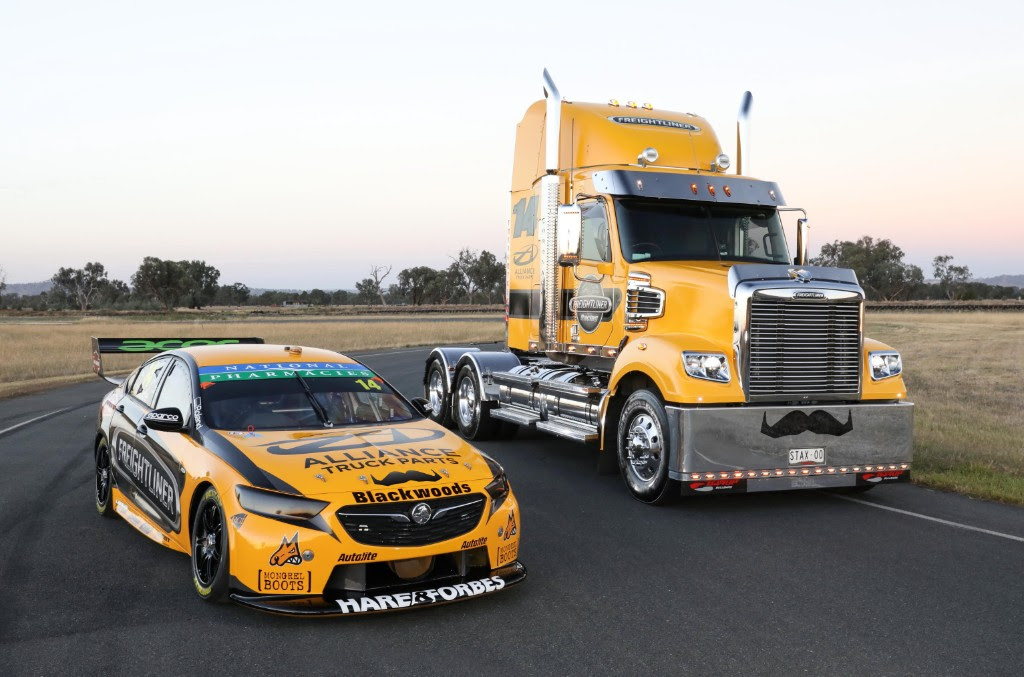 The number 14 Freightliner Racing Commodore of Tim Slade will sport a moustache at this weekend’s final Supercar championship round in Newcastle.

Both the Holden race car and the Freightliner Coronado truck that towed the team’s transporter to Newcastle are wearing moustaches to raise awareness for Movember.

This year, Freightliner Trucks has signed up as a partner with Movember, an organisation that focuses on men’s health, with a special focus on men’s mental health.

The race team was keen to get on board and support the Movember cause.

“When people see the mo’, it should serve as a reminder to take time out for their health, whether it be getting a health check or encouraging talks around mental health” says Brad Jones Racing Team Owner, Kim Jones.

“There are a wide ranges of resources available and people who are willing to help, so don’t be afraid to ask or reach out if you need to,” he says.

Freightliner Trucks Australia Pacific Director, Stephen Downes, says it will be exciting to see the moustache on the front of the Freightliner Racing Commodore blasting around the Newcastle track.

“Let’s be honest, it looks a whole lot better than most of the moustaches we have grown here at Freightliner this month, mine included,” Mr Downes says.

“Hopefully, the moustache on the front of Tim’s car will help raise awareness of this important cause that Freightliner is fully behind.”

Freightliner, which sells heavy duty trucks, is especially keen to back Movember because mental health is a particularly important issue within the Australian transport industry.

“We all know that men’s mental health is a serious issue in all aspects of society, but it is very significant for the trucking industry and especially drivers,” Mr Downes says.

“Being away from loved ones for long periods of time is probably the most notable challenge, but there are also the long hours, the social isolation, fatigue and challenges relating to diet and fitness,” he adds.

The Movember movement encourages men to grow a moustache during the month of November and raise funds from supporters. Women and men who are not keen on growing lip bristle are encouraged to get involved in a fitness challenge during the month.

The Movember Foundation has one goal: to stop men dying too young. As the only global charity tackling men’s health issues year-round, the foundation supports the following causes: mental health and suicide prevention as well as the prevention of prostate cancer and testicular cancer.

Since 2003, the support of more than five million men and women has funded over 1200 innovative projects across more than 20 countries.

To donate or learn more, please visit www.Movember.com. To speak to someone immediately, contact Lifeline on 13 11 14.