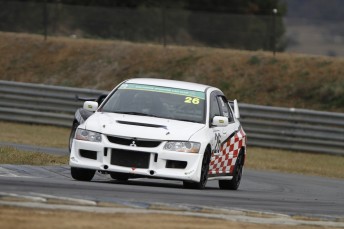 Owners of one of Australia’s most popular high-performance cars, the Mitsubishi Lancer Evolution, are coming from all over Australia to compete in the Evo Nationals at Winton Motor Raceway, Saturday 23 August.Since the first generation Mitsubishi Evo was released in the early 1990s, the car’s combination of affordability, lightning-fast turbocharged acceleration and all-wheel-drive traction has made it one of the vehicles of choice for motoring enthusiasts, while plenty of Evos have achieved success in competition as well.Just some of the achievements of the Mitsubishi Evo in Australian motorsport include:•  Australian Rally Championship victories in 2009, 2011 and 2012•  Bathurst 12 Hour victories in 2008 and 2009•  Australian Manufacturers Championship victories from 2009-13•  Valvoline Wakefield 300 victories in 2012 and 2013•  NSW Time Attack victories in 2013 and 2014 A wide selection of Evos, of various generations and in different states of modification, will congregate at the nation’s action track when the Evo Nationals arrive at Winton.The competition will be divided into classes for unrestricted, super modified, highly modified, modified, semi modified and restricted cars, which will compete in a number of sessions throughout the day.Points will be awarded for both the fastest lap time for the day, and the highest average speed throughout all the sessions during the day.The Evo Nationals will conclude with motorkhana competition at Shepparton’s DECA Driving Centre on Sunday, testing the ability of competitors to manoeuvre their vehicles at lower speeds.The event will also include a number of social functions for competitors and those who are attending as spectators, making it a must-attend event for Evo enthusiasts Australia-wide.