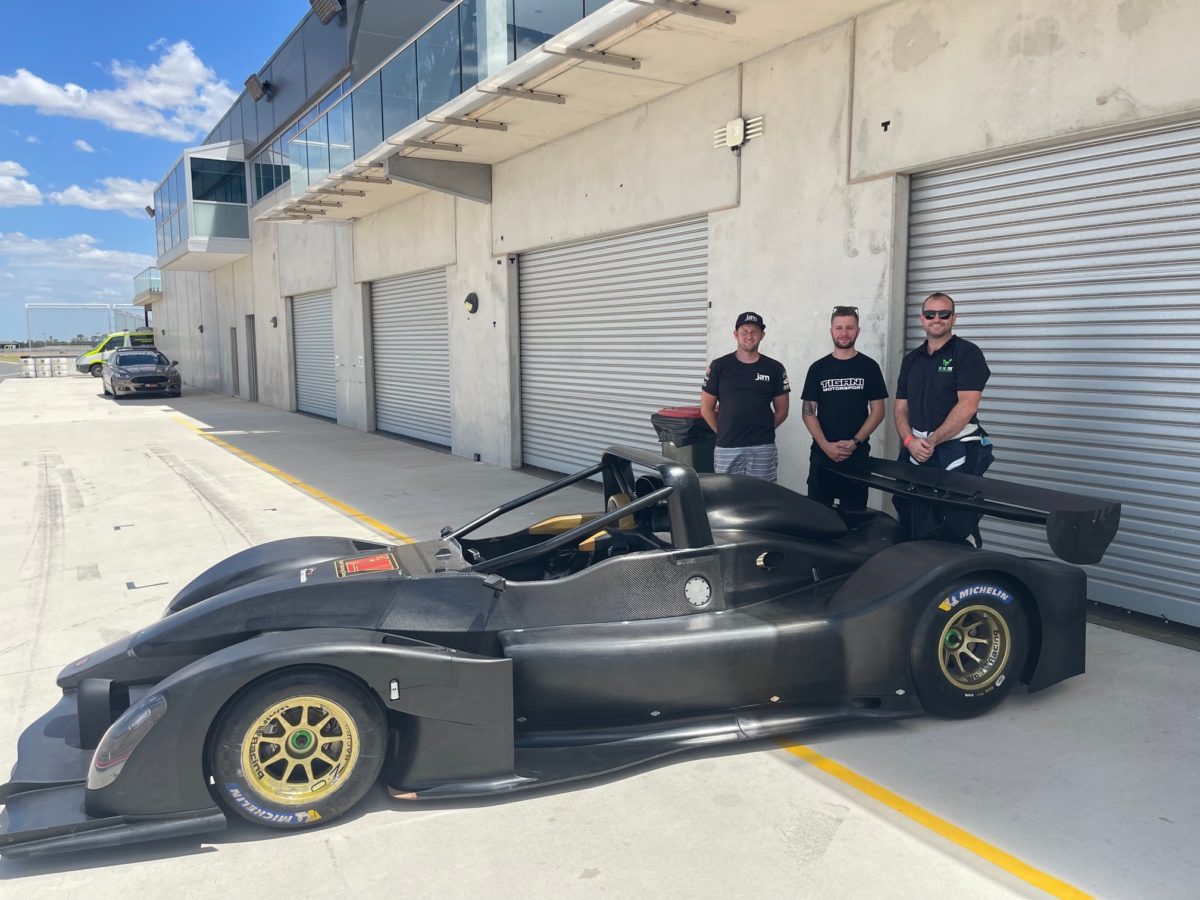 A milestone for Wolf Racing Cars, manufactured in Italy has been achieved with the first car, a GB08 Tornado S entering the New South Wales (NSW) market, with local race car driver, Ryan Godfrey at the wheel.

Godfrey, a driver for two years has mainly competed in NSW Supersports, however with the switch to a Wolf Racing Car will contest a national Championship in the Australian Prototype Series and the NSW Supersports for 2022.

Ryan’s switch from a Radical to a Wolf Racing Car was an easy one!

“I first saw the Wolf GB08 Tornado approximately 12 months ago at Sydney Motorsport Park, competing in the Australian Prototype Series. From the moment I saw the Wolf, I was interested and followed the brand closely. When the Tornado S model was released I made the decision to upgrade from a Radical to a Wolf, ” Godfrey explained.

“The Wolf is a fast prototype with advanced technology, however the main drawcard for me was the advanced safety technology. The safety on the Wolf is second to none, backed by a carbon fibre monocoque, which is FIA approved, as well as incorporating carbon kevlar honeycomb aluminium FIA approved front and rear crash structures. Most other cars in the NSW Supersports Series are constructed with old style steel or chromoloy chassis with fiberglass or semi carbon fibre coverings, my car is full carbon fibre, built to FIA specification, which I think is pretty cool to be able to bring this type of technology to the NSW Supersports competitors on 26 February 2022. It is comforting driving a car at those speeds having that level of safety and protection, backed by proven testing, simulation and research.” He added

Godfrey completed his “shakedown” at The Bend Motorsport Park in January, with Ivan & Maurizio Bellarosa, the owners of Wolf Racing Cars remoting in from Italy to provide data advice and support. Godfrey explained not only was this comforting as a new owner of a Wolf, but it demonstrated the passion behind the cars and the brand.

Godfrey will be supported by local motorsport team, Nathan and his team, Tigani Motorsport. Tigani, a very successful karter and race mechanic and has a wealth of experience and knowledge in the motorsport industry, so it was an easy decision for Godfrey to have Nathan support his switch to a Wolf Racing Car.

“Nathan has set himself up with a fantastic workshop south of Sydney, as well as a new transporter, which will be key to our national racing campaign.” Godfrey asserted

“I am excited for a year of learning and having fun! Learning new aero, new car setup, while having fun – what more could you want!” Godfrey said

Godfrey will also be supported by Jam Motorsport, the sole distributor for the Wolf Racing Car in Australia.