Mike Lowe’s new Targa car is the same but different

Mike Lowe’s new Targa car is the same but different 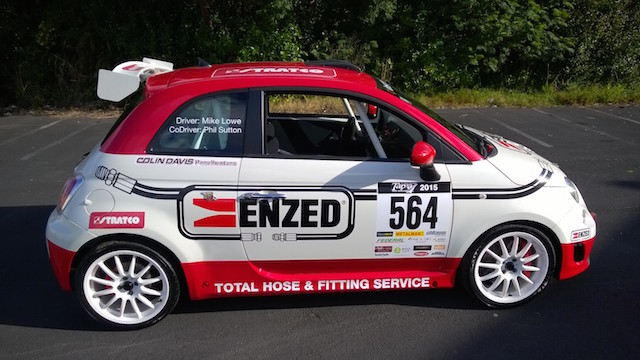 However it will not be the same classic model Lowe started and finished all 20 previous week-long Targa New Zealand events in.

That’s right. Despite looking – thanks to their near-identical ENZED livery – remarkably similar, the two cars could hardly be more different, 50 years different in fact!

The car Lowe started the first of his record 20 Targa NZ events in back in 1995 was a rare, limited edition 1964 model Abarth Berlina Corsa (nick-named Barty) powered by a hard-working, rear-mounted 1000 cc engine producing around 70kWs and able to propel the little Fiat 600-based car to a top speed of around 175km/h.

It is powered by a turbocharged, front-mounted 1400cc engine which produces 140kWs of peak power and has a top speed of 225km/h.

Lowe is one of only two entrants to start all 20 Targa NZ events and the only one who has done so in the same car.

In theory he could have continued to refine and upgrade his original Abarth, but when he broke a crankshaft in the 2013 event (he and Sutton still finished using their ‘spare’ engine) Lowe decided it was time to cast around for a replacement. And when the same thing happened last year he knew he had made the right decision.

“In the 20 years of Targa we have seen the event get faster and with less older cars running,” he said this week. “In that time we had to push Barty way beyond its design brief just to keep up and it became clear that we needed to keep him for special or smaller events, and find something else to use for the next 20 years. 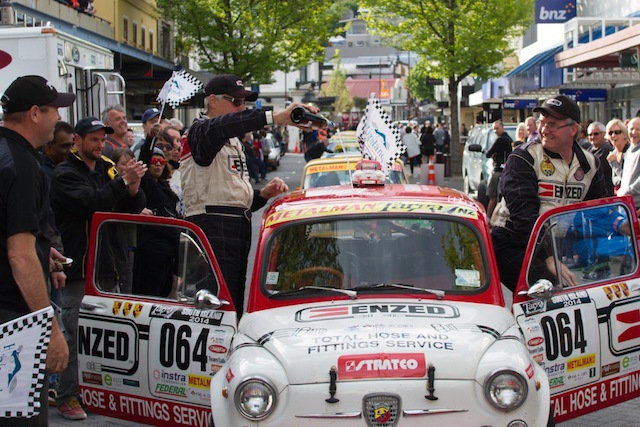 On completion of the 20th annual Targa event in Queenstown last year ‘Barty’ joined a host of other iconic New Zealand sports and racing cars in the collection of the National Motorsport Museum at Cromwell’s Highlands Motorsport Park.

Lowe says he will never sell Barty (“My kids call him the third child,” he says) but it may still race again – albeit probably not on this side of the Tasman.

“A new race engine is being built as we speak with the aim of having Barty back in race-ready trim by early 2016 so we can compete in either Targa Tasmania or Classic Adelaide next year,” Lowe confirms.

Though he has already done 20 main Targa NZ events, as well as numerous single-day Sprint and two or three-day Targa Bambina and Rotorua events, Lowe is still as enthusiastic as ever about the iconic multi-day New Zealand event and reckons that with his new ENZED Abarth he and Sutton are good for another 20 years.

“Targa NZ is without doubt the best motorsport event in the world. I have raced at all tracks in Australasia in all manner of vehicles from open wheelers to Porsches, but after competing in the very first Targa in 1995, I was hooked…everything else is boring.

“My aim in life is to be the Kenny Smith of Targa!”

In-between are 35 closed special stages comprising a total of 1035.5kms linked by 1431.7kms of touring stages with overnight stops in Hamilton, New Plymouth (two nights), Palmerston North and Havelock North before the finish back in Palmerston North (at the city’s Square) on Saturday October 31.

A two-day Targa NZ Regional Rally event-within-the-event is also being held. It starts in Palmerston North on the second-to-last day of the main event and takes in the final 14 stages of the main event.

Information on both the main (six-day) 2015 Targa New Zealand and two-day Targa Regional Rally events is available on the event website www.targa.co.nz and/or in the latest edition of NZ Classic Car magazine.