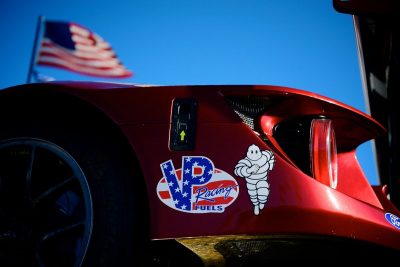 Track temperatures of 60°C at one the fastest and most demanding tracks in motorsports presented a strong test, but Michelin and its IMSA WeatherTech SportsCar Championship technical partner teams were more than equal to the challenge today at the Sahlen’s Six Hours of the Glen at Watkins Glen, New York.

“Today certainly produced the highest track temperatures that we have experienced at Watkins Glen and we are pleased that our Michelin competition tires proved equal to the needs of our teams,” said Ken Payne, technical director, motorsport, Michelin North America.

“It takes a lot of collaboration to meet challenges like those that we faced today. We want to recognize our Michelin engineers and tire designers, our partner teams, drivers and crews and our Michelin engineers whose combined efforts helped us all to manage the heat, high speeds and demands of a very high-speed circuit.”

Six of the eight Michelin cars led the fast-paced race at various stages, and three of the four manufacturer partner teams finished on the podium.

It was the No. 66 Ford GT from Ford Chip Ganassi Racing that ultimately prevailed with drivers Joey Hand of California and Dirk Mueller of Germany. They are the fifth different driver pairing to win the class in the first five GTLM races of 2018.

Earlier Richard Westbrook of Ford Chip Ganassi Racing became the fifth different driver to claim a GTLM pole in as many races.

“We were on a different tire strategy at the start. Michelin gives us great support and we had different options to use during the race. On the late pit stop, our team manager Mike O’Gara told me we needed my best ever out lap. I jumped ahead of the Corvette,” Dirk Mueller said, having taken the lead in the final hour of the race.

Joey Hand added, “We asked a lot from these tires today. We drove qualifying laps every lap for an hour, and these tires went the distance. We’re so happy with everything Michelin does for us, with all their development and work in the background. We couldn’t have won this race without them.”

According to the Michelin engineers embedded with each of the GTLM teams, track temperatures were a comfortable 35°C at the 9:45 a.m. start of the race on the 11-turn, 3.4-mile circuit.

“Some of our teams took advantage of the relatively moderate temperatures in the early going and used our Michelin ‘medium’ range tires in the opening stints, but as the track quickly heated up most teams finished on our medium construction, high temperature solution for the second half of the race,” said Ken Payne.

It will be a quick turnaround for Michelin and the WeatherTech Championship teams as the series heads to Canada for next Sunday’s (July 9) Mobil 1 SportsCar Grand Prix at Canadian Tire Motorsport Park in Bowmanville, Ontario.