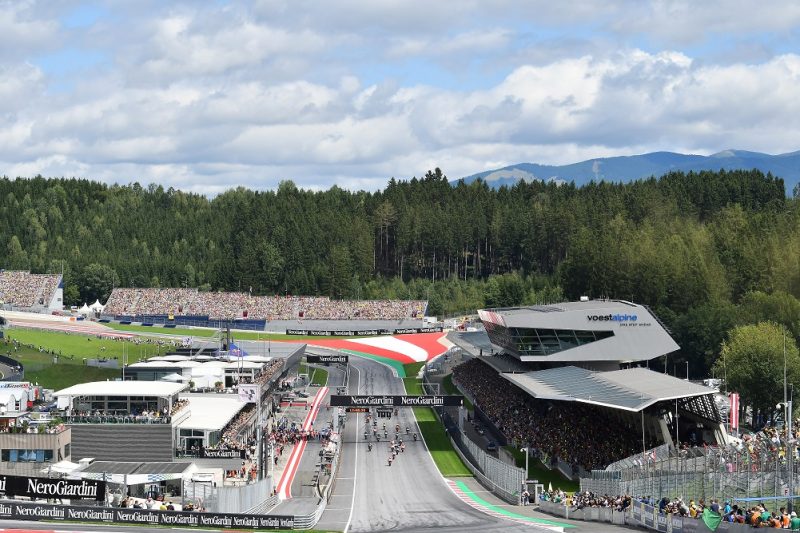 Michelin is making a swift cross-border journey for the 11th round of this season’s MotoGP World Championship as back-to-back scheduling between the Czech Republic and Austrian events means that the eyetime Motorrad Grand Prix von Österreich will take place just seven-days after the previous race.

Michelin heads to the Red Bull Ring at Spielberg in Austria fully prepared for one of the most unusual tracks, and challenging events of the season. The layout of the 4,318m circuit features just two definite left-hand tuns, along with a slight, but very fast curve, which also goes in a left direction, as opposed to seven right-hand bends that put huge stresses on that side of the tyre. The fast nature of the track – it has the highest average lap speed on the MotoGP calendar – and the severe abrasivity of the asphalt, all aligned to the configuration, makes this track one to stand out from a tyre performance point of view.

With the extreme demands that the rear rubber has to face, Michelin will have a selection of MICHELIN Power Slicks in an asymmetrical design in soft, medium and hard compounds, all with a harder right-hand-side to contend with the extra workload that part of the tyre is subjected to and all made from a construction specially designed to manage the high temperatures which can build-up over a lap of this demanding track. With drive being an important factor to a fast and consistent lap of the Red Bull Ring, more emphasis is placed on the rear by the teams and riders, but the fronts also have an important job to do, The choice of compounds in soft, medium and hard for the front will be symmetrical, all designed to be matched with the rears to give the best braking and turning performance to complement the rear drive.

Situated in the stunning mountainous region of Styria in Austria, this has to be one of the most picturesque circuits in the world, but it’s not only layout that can be challenging, so can the weather. With the possibility of 50°C track temperature one day, then wet and windy the next, Michelin must have tyres for all conditions, so if there is any precipitation, then the range of MICHELIN Power Rain tyres will be available to cope with such conditions. Available in soft and medium compounds, the fronts will be symmetric, whilst the rears will feature a harder right-hand side like their slick counterparts.

Michelin and the MotoGP field will take to the track on Friday for two Free Practice sessions, followed by further practice and Qualifying on the Saturday. Round 11 is scheduled to get underway, at 14.00hrs local time (13.00hrs BST, 12.00hrsGMT/UST) on Sunday 12th August, when the lights will go out to signal the start of the 28-lap race and another episode in this season’s championship.

“This is one of the tracks on the calendar that creates the highest heat in the tyres. It’s the fastest circuit and one that demands a different approach. We use a carcass that is designed to control the temperature, so that it doesn’t overheat and still gives optimum performance over the race distance. We know this construction works as we have had successful results with it and are convinced it will deliver what all the riders and teams need. Despite the track being very abrasive, we have the compounds suitably matched for the surface and in the two previous visits we have been very pleased with how the tyres have behaved throughout the whole race and we are confident that will be the case this year and we’ll have as good a race as there was in 2017.”