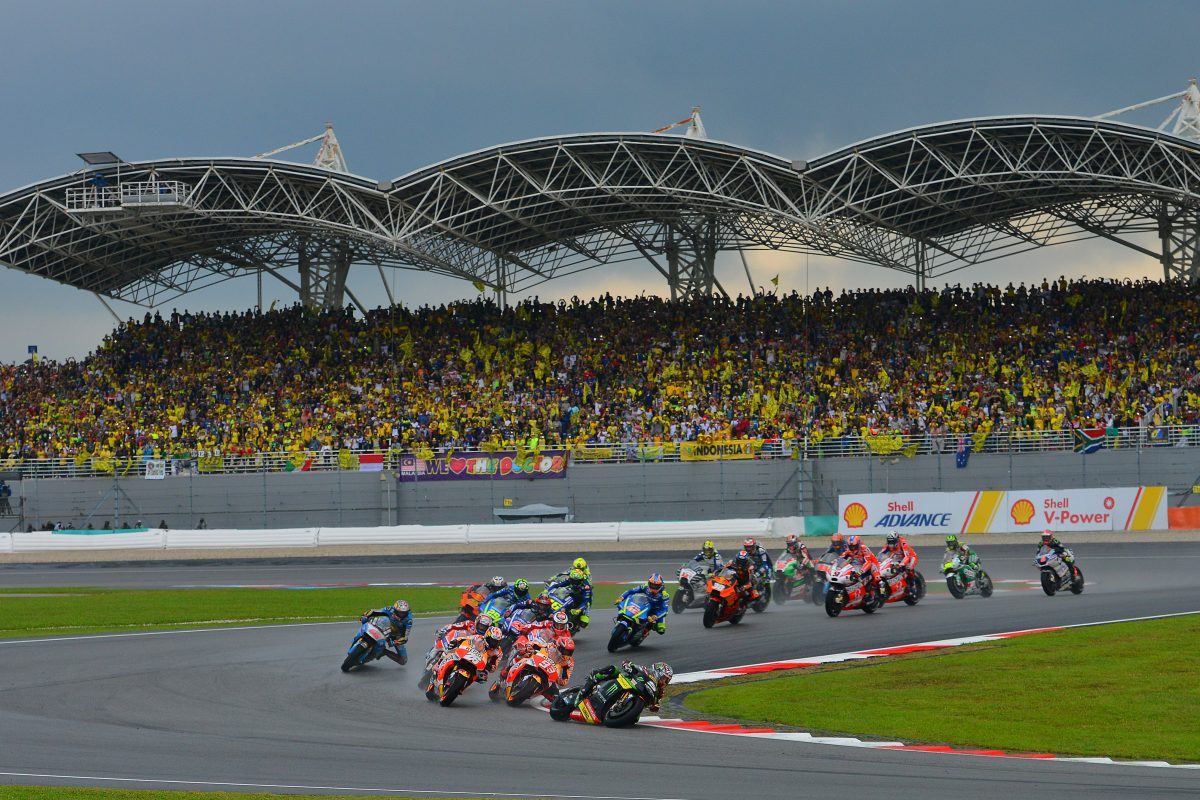 Michelin is back in Asia as the final leg of the three-week fly-away tour concludes with a visit to the Sepang International Circuit as MotoGP™ heads to Malaysia for the Shell Malaysia Motorcycle Grand Prix.

The melting pot of Malaysian culture is perfectly reflected in the layout of the 5,543m circuit, a track where extremely high-temperatures can heat the surface to highs above of 50°C, then the abrasive asphalt can quickly be soaked by heavy downpours. All of this is mixed with a technical layout over the five left and ten right corners, interlinked by two long straights, which provides such an examination on riders, bikes, and especially tyres, that Sepang has become a regular test venue and one that is synonymous with preparing a MotoGP bike and all of its components for the season ahead, during the winter tests.

Michelin does not take the familiarity of the well-known circuit for granted and it produces a tyre that must contend with the humid and hot conditions. The soft, medium and hard compound MICHELIN Power Slicks are selected to cope with these high temperatures, as well as having the consistency and durability to combat the abrasivity of the asphalt. The selection for round 18 of the championship will feature symmetric tyres for the front, whilst the rears will all be asymmetric, with a harder right-hand-side to cope with the added stresses that edge of the tyre will face at this demanding circuit.

With tropical rainstorms almost a daily feature at Sepang, the MICHELIN Power Rain tyres will most probably be called into action at some point during the weekend, as they have been during the previous two-seasons since Michelin’s return to MotoGP. This week’s allocations will see a soft and medium compound for the front and rear, with the latter featuring an asymmetric design with the harder right side.

Michelin and MotoGP will begin the penultimate weekend of Grand Prix action on Friday with two free practice sessions, followed by two more the next day. Saturday afternoon will see qualifying for the 20-lap race take place to decide grid positions. The 18th round of the season will get underway at 15.00hrs local time (07.00hrs GMT/UTC, 08.00hrs CET) on Sunday 4th November.

“This is a circuit we all know very well as we come here every year for a pre-season test and it is an ideal track to understand about the bikes and the tyres. The track surface was re-laid in 2016, so it should be properly settled now, and although we have lots of data for here it does also still require a lot of thought as it is one of the hottest venues we visit and the track temperatures can be quite extreme, it is not unusual to see it go over 50°C. The tyres are pushed to the extremes to cope with the high temperatures and have shown their full potential since we returned to MotoGP, they have also had to show their wet weather prowess, as we have had quite a few damp sessions at Malaysia since our return. This will be the final race of a five-week tour that has seen us take in Thailand, Japan and Australia so far, these are all very important venues for Michelin and MotoGP and it has been great to see the support and passion that there is in these places for the sport and we are sure it will be no different this weekend in Sepang.”