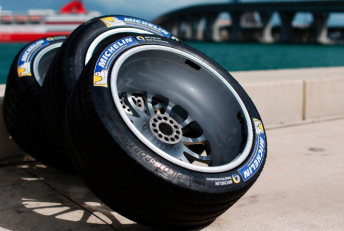 MEDIA RELEASE: Michelin has been named as the exclusive tyre supplier for the Formula E series until the end of the 2018/19 season.

The French tyre manufacturer has served as a technical partner to Formula E since the championship’s creation after winning the tender during the FIA’s initial selection process in 2013.

“We are delighted to have been selected by the FIA once again and to be able to continue our involvement in this competition which Michelin helped to found,” said Pascal Couasnon, Director of Michelin Motorsport.

“Formula E is a superb laboratory to foster innovation in the field of durable mobility in cities and built-up areas and Michelin is actively exploiting this golden opportunity. Indeed, the tyre we designed for Formula E – the MICHELIN Pilot Sport EV – is revolutionary in the world of motor racing and has been acclaimed by all the championship’s drivers and teams.”

Michelin created a unique 18-inch treaded tyre for Formula E, and it was this innovative approach that led to the tender being extended.

“The FIA stipulated this ability to perform just as well on a wet surface as a dry one in the tender brief,” said Serge Grisin, Manager of Michelin’s Formula E programme.

“What started out as an innovative feature of the MICHELIN Pilot Sport EV tyre has gone on to become a prerequisite demanded by the sport’s ruling body. This is a further sign of Michelin’s pioneering spirit.”