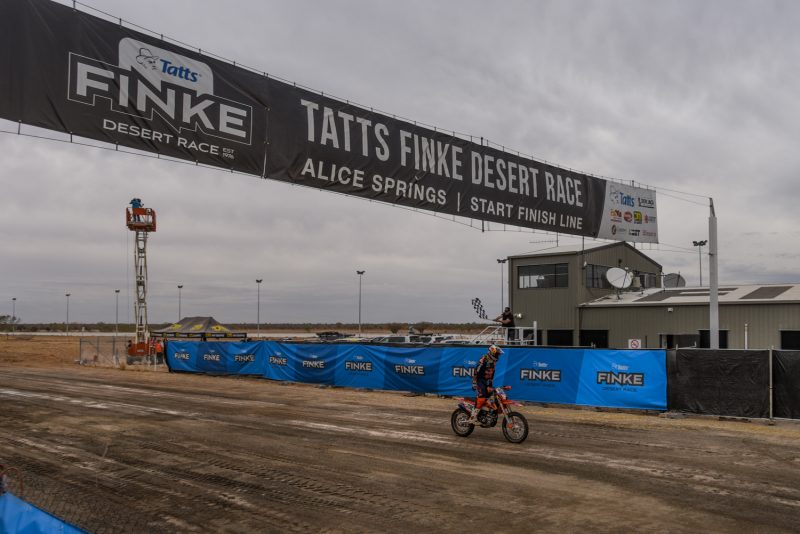 BFGoodrich Australia ambassadors, Toby Price and Shannon Rentsch have both claimed a history-making sixth ‘King of the Desert’ title – in the two- and four-wheel categories respectively – at the Tatts Finke Desert Race in Alice Springs.

The Jimco Pro Buggy duo dominated the event, starting from pole position and setting the fastest time from Alice Springs to Finke on Day one. At the halfway mark, only three minutes separated Rentsch from fellow BFGoodrich competitor, Toby Price in his Red Bull Trophy truck.

Price’s 2018 Finke campaign to do the ‘Iron Man’ Double (overall victory in both vehicle and motorcycle divisions) would however expire on the return leg to Alice Springs with a blown power steering pump.

Price’s domination of the two-wheel category on MICHELIN tyres however, saw the Red Bull KTM rider finishing over 10 minutes ahead of the next competitor – he now has the record for all-time victories in that category.

Rentsch’s performance continues BFGoodrich’s dominance of the four toughest off road races in the world (Baja 1000, Dakar Rally, Silk Way Rally and the Finke Desert Race) completing the punishing 460 km course – over 16 minutes ahead his nearest competitor – without a single puncture. BFGoodrich shod competitors would also fill four of the top six overall positions by the time the dust settled on day two of the iconic event.

The third and final round event of the 2018 BFGoodrich CAMS Australian Off Road Championship is the Rainbow Desert Enduro in Victoria on 10–12 August.