Michael Scott in race to second round of Toyota 86 Championship

Michael Scott in race to second round of Toyota 86 Championship 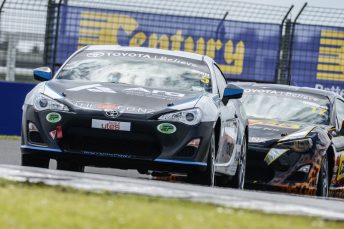 MEDIA RELEASE: Te Puke’s Michael Scott is flying halfway around the world in one day as he races to front up for the second round of the 2016-2017 Toyota 86 Championship.

Scott, who turned 22 last Friday, has been at the Laguna Seca circuit in California to contest a shootout event with the prospect of winning a drive in the Road to Indy Championship.

He is currently fourth in the Toyota 86 Championship on 168 points. Immediately after the shootout event in the USA, Scott will be on a plane back to New Zealand to race at Taupo, landing in Auckland on Friday morning and heading directly to the circuit.

The opening round of the championship at Pukekohe was disastrous for the young racer, who crashed heavily in the closing moments of the final race. His car tagged another racer and he was flung into a spectacular barrel roll up and over the safety fencing, with organisers immediately red-flagging the race.

This meant the results were counted from the end of the previous lap, preserving Scott’s fourth place result and maintaining his fourth overall points position.

In order to make the start line for the second round he has bought the Callum Quin car which finished second in the 2015-2016 championship, while his damaged car will be repaired by Toyota Racing New Zealand.

Right behind him in the championship standings is Australian Will Brown, who won the Aussie F4 championship, finished second in the 2016 Aussie Formula Ford national series and over the weekend sealed victory in the inaugural Australian Toyota 86 championship.

Category manager Geoff Short says the Bruce McLaren Motorsport Park at Taupo will be a refreshingly different challenge for the field after the bumps and hollows of Pukekohe.

“Taupo rewards a bold and strategic approach and places emphasis on judgement, finesse and racecraft. Good run-off areas and gravel traps help minimize damage if a driver gets too brave!”

The Taupo circuit was upgraded to host the spectacular A1GP series and Mr Short says the long back straight is particularly challenging: “it offers drivers a tiny chance to out-brake rivals from very high speeds into the chicane onto the start-finish straight. Get it right and you gain a place, get it wrong and you have to use the escape road.”

The Toyota 86 Championship is on track on Saturday 11 December at 11.15 am for back to back qualifying sessions. The first race of round two is Saturday afternoon at 4:25 pm.

The cars return to the track on Sunday for a partial reverse grid race at 10:48 and the final race of the weekend is at 3:44 pm.