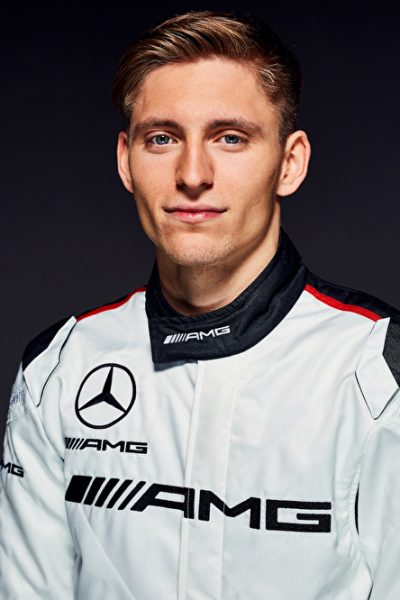 In the selection of its Performance Drivers, Mercedes-AMG Customer Racing has opted for a mix of experience and talent. The 2018 line-up includes Maximilian Buhk (GER), Yelmer Buurman (NED), Adam Christodoulou (GBR), Maximilian Götz (GER), Christian Hohenadel (GER), Thomas Jäger (GER) and Jan Seyffarth (GER). A new addition is Raffaele Marciello (ITA). The line-up is supported by brand ambassadors Maro Engel (GER), Bernd Schneider (GER) and Karl Wendlinger (AUT). The drivers are supporting the teams from all over the world in their races with the Mercedes-AMG GT3. A new emphasis is, among others, on the rounds of the Intercontinental GT Challenge.

Affalterbach – With the endurance races in Dubai, Daytona and Bathurst, the 2018 season has already started in a very successful way for Mercedes-AMG Customer Racing. Prior to the start of the European GT events, the German manufacturer now confirms its driver line-up. Like in the previous year, Maximilian Buhk, Yelmer Buurman, Adam Christodoulou, Maximilian Götz, Christian Hohenadel, Thomas Jäger and Jan Seyffarth are among the Performance Drivers. A new signing is Raffaele Marciello. 23-year-old Marciello already made his official debut in a Mercedes-AMG race suit a few weeks ago when he contributed to second place overall for the Mercedes-AMG Team SunEnergy1 in the Bathurst twelve-hour race. Last year, ‘Lello’ also played a major role in securing third place for the AKKA ASP Team in the 24-hour race at Spa-Francorchamps.

Another driver to race the Mercedes-AMG GT3 is Formula E driver Maro Engel. In the process, the 32-year-old will not only be racing as a Performance Driver, but will also be representing Mercedes-AMG as an official brand ambassador, just like five times’ DTM champion Bernd Schneider and ex-Formula 1 professional Karl Wendlinger.

The Mercedes-AMG Motorsport drivers are making their skills available for various teams. With BLACK FALCON, HTP Motorsport, AKKA ASP, STRAKKA Racing, SunEnergy1 Racing, Riley Motorsports, GOODSMILE RACING and GruppeM Racing, there are currently eight outfits in the ranks of the Performance Teams that will receive extended support for selected events. Next to the traditional highlights like the Nürburgring 24 hour-race, the focus is also on other endurance events, including the title defence in the North American Endurance Cup of the IMSA WeatherTech SportsCar Championship.

There is increased attention for the Intercontinental GT Challenge. The only global endurance race series for GT cars includes four rounds this year: in the Bathurst twelve-hour race, there were already two podium results (overall and class) for the Mercedes-AMG GT3. With the Spa 24 Hours, the Suzuka 10 Hours and the Laguna Seca 8 Hours, three demanding classics are still to follow in which the teams supported by Mercedes-AMG also expect to have good chances.

Stefan Wendl, Head of Mercedes-AMG Customer Racing: “Our current driver line-up perfectly suits the ambitions and activity schedules of the Mercedes-AMG Performance Teams. We have a good mix of experience and talent that allows us to create very competitive driver teams, depending on the task at hand. Additionally, we plan to run some Nordschleife experts for the Nürburgring 24-hour race. As a new Performance Driver, Raffaele Marciello is a great addition as his first outing at Bathurst has already proven. He is in second place of the Intercontinental GT Challenge, in which we want to strengthen our attack this year. I am convinced that we will be able to battle for title success and race wins with our strong driver and team line-ups here, just like in all the other series.”