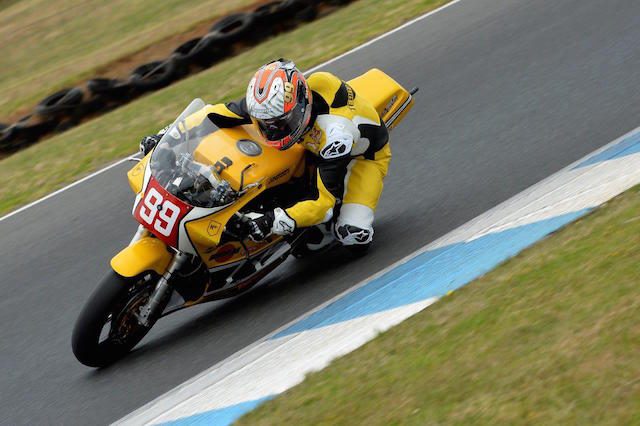 The veteran was brilliant on his Harris Yamaha in both six-lap races, with Aussie rookie Alex Phillis (Suzuki XR69) only sneaking his nose in front for precious seconds on the opening laps before McWilliams got down to the serious business of leaving the field in his wake.

In the battle for the prestigious International Challenge teams’ trophy, the two-time defending champion UK heads into day two on 180pts ahead of Australia (167), Ireland (127), America (102) and New Zealand (95).

Australia’s day got off to a bad start when Cameron Donald (Irving Vincent) was a scratching because of mechanical problems, while his teammate Beau Beaton – a two-time race winner in the 2016 International Challenge – fared little better when he only lasted a few laps in race one and then didn’t start the second

In fact, Australia only had six finishers in race two after the aforementioned Irving Vincents didn’t make the grid and the retirement of John Allen (Yamaha TZ750).

Phillis was running in a solid second in race one before he got a flat tyre, and then held the same position until the final circuit in race two before being swallowed up by 2016 British superbike winner Hickman and Metcher.