McHugh bounces back from tough off-season

McHugh bounces back from tough off-season 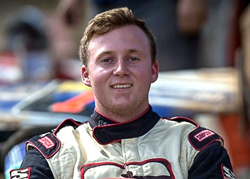 The 20-year-old Bond University student’s pre-season preparation was shaken by a bombshell medical issue for his mother Sharon, who entered hospital for a routine procedure, only to be taken into an induced coma for almost five weeks.

“It was pretty scary for a while!” the quietly spoken McHugh explained, “because it was just supposed to be a standard procedure, but we all just stopped while we waited for her to come out of it. It was totally unexpected and happened right when my Uni exams started, so the pressure was on that for sure!”

“We are really close and like most mums, our Mum brings everything together, not just for the family but she is such a major part of our team as well.”

Thankfully Sharon has fully recovered and is back in her duties managing the team logistics, which are consumed by Lockie’s return as a contracted driver in the 32nd World Series Sprintcars Championship beginning on Boxing Day.

“World Series is where I learned so much last year, racing with the best every night. It’s certainly refined my racecraft as well as us learning so much more about setups at different tracks and in different conditions.”

“We weren’t convinced that we could really do WSS this year, but our major sponsor in Michael Sedl really believes we can take what we’ve learned from last year and advance this year, so he’s the main reason we can go on the road and we’re so thankful.”

“Speedweek is where we really want to improve, because that was the real weak link in our series last year. This year we will be better prepared and won’t be guessing as much as we were last year, so we can’t wait.”

Despite the torrid off season, the Sedl Contracting/Right Price Auto/Global Lubricants backed team have made excellent progress with the practice nights at Archerfield and Toowoomba producing some new personal best lap times.

“Our sponsors have really stepped up this season, and that’s a massive injection not just of finance, but of moral support as well. They genuinely believe in us, and that’s something money can’t buy.”

“We’ve also had a really cool handover with our engine program that has really boosted our confidence. Ed Luttrell from Sport Engines who has been our engine builder since I started and has powered Dad for most of his later career has now retired, so he’s handed the reigns over to Scott Inglis who works out of the same workshop, so we feel like we have the best of both worlds with Ed’s amazing support over the years and now Scott who’s clearly a market leader in our sport and has also been very generous with us in the last season.”

McHugh’s 2018-19 campaign begins this Saturday at Toowoomba’s Hi-Tec Oils Speedway, where he hopes to contest all of the rounds of the Queensland USC Championship.