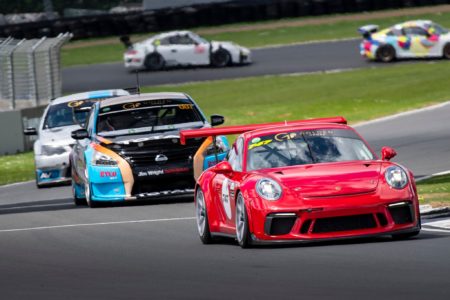 Second-generation Porsche racer, Matt Whittaker, will contest a Porsche 991 Gen 2 in the Rodin Cars Super GT Series, which gets underway at Highlands Motorsport Park at Cromwell in January.

A regular entrant in endurance racing and Porsche series competition,
Whittaker has two National Porsche Championships to his name as well as a couple of North Island Endurance Series championships and is hoping to be near the front of the field when the first of the Rodin Super GT Series races start in January.

The Wellington-based driver says he’s excited to join the field in what is being billed as one of the most competitive Porsche and GT fields for a number of years.

“I think the series looks really fantastic. It’s going to be good to get all of these 991 and 997 cars all on the track together,” says Whittaker.

“Add to that, there are all of those GT4 cars too.”

“The series will be very competitive, and I think this will really step it up a notch from some of the other series I’ve been competing in more recently. The Porsche Cup cars are all very close, and the calibre of the other drivers is quite high.”

“I like the format of the racing, there is a lot of track time. It’s a lot better than a handful of short 6-8 lappers. With these formats, I think it will be a busy weekend.”

“Not sure yet, but might even enlist a second driver to partner with me in the one hour race.”