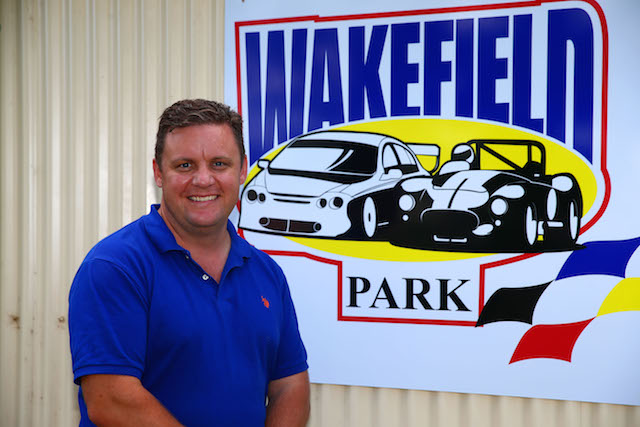 Mr Baragwanath comes to the Benalla Auto Club-owned circuit with a wealth of knowledge in the field; he has previously worked in property and facility management, including several years as Motorsport Operations Manager at Melbourne’s Sandown Raceway.

Acting Wakefield Park CEO, Wayne Williams said Mr Baragwanath’s interest in motorsport and enthusiasm for driving improvements will be of great benefit to the venue.

“Matt’s history in motorsport, as a competitor, volunteer and employee, combined with his experience in management made him an outstanding candidate for the position,” Mr Williams said.

“He has worked his way up through the grass-roots levels of the sport as a volunteer, and has already shown to be a highly capable circuit manager in one of his previous occupations at Sandown.”

Mr Baragwanath is excited about the new position and the challenges it will involve.

“It has been a long-standing dream of mine to work in a management position in the motorsport industry, and this new role allows me to continue pursuing that dream,” Mr Baragwanath said.

“Wakefield Park is a circuit with great potential, and I can’t wait to start working on some big projects and improvements.

“One of my main ambitions is to raise the profile of the venue to make it the facility of choice for motorsport competitors, enthusiasts and spectators all over New South Wales.

“I’m looking forward to working with the Benalla Auto Club to improve some of the commercial and management aspects of the operation, and working with senior stakeholders in the motorsport community so we can continue running all forms of motorsport from club-level events to higher-profile national race meetings.

“The circuit is a valuable asset to the Goulburn region, it brings widespread benefits to the local economy and I’m looking forward to forming closer relationships with stakeholders in the wider community.”

The final major event at Wakefield Park for 2015 will be the AASA ACT Championships, incorporating the last round of the Australian Super Truck Championship, 21-22 November.

Wakefield Park’s major events calendar for 2016 will be announced shortly.