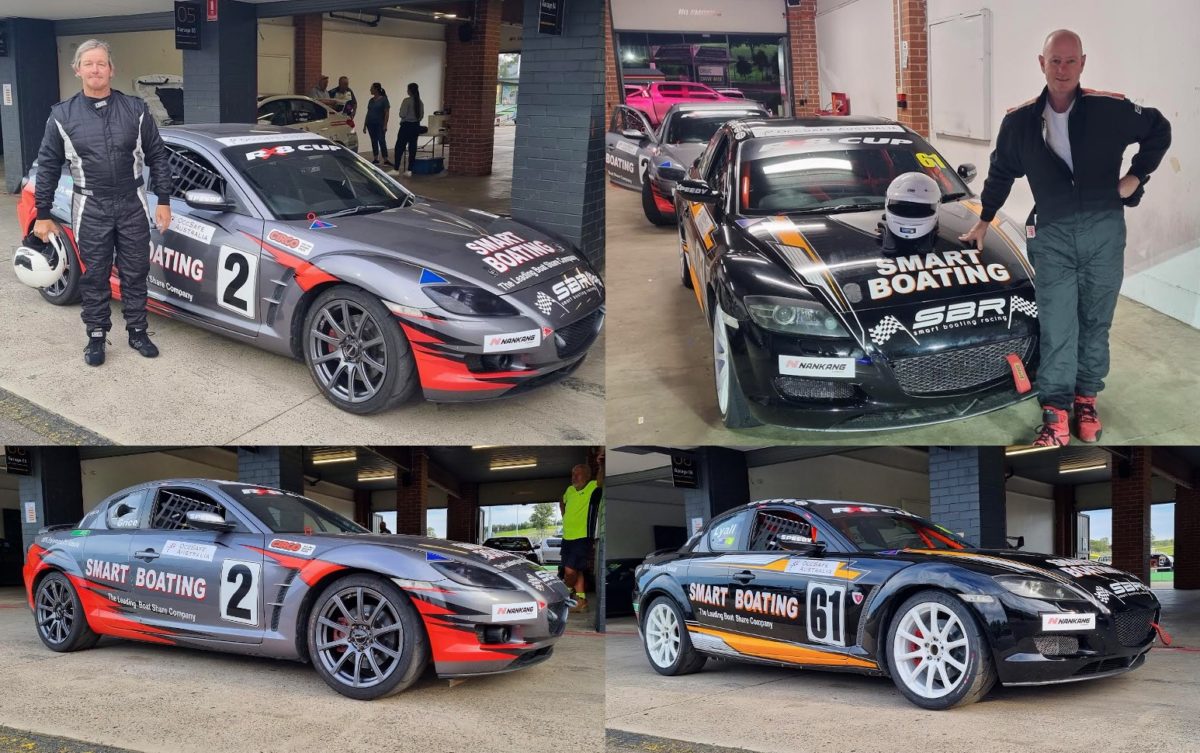 Martin Lyall and David Grice are business partners and own and operate Australia’s leading boat share company, SMART BOATING. Next month they will be swapping twilight sailing nights for tarmac racing at Sydney Motorsport Park on April 8, 9 and 10.

Whilst neither driver has a recent pedigree of motor sport racing, both are competitive by nature and looking forward to the challenge and learning curve ahead.

Martin said “I competitively raced motocross and road bikes in my late teens and early 20’s as well as doing a few years of karting in my 30’s, but that’s a long time ago now. Once I made the decision to go back into racing, I spent quite a bit of time researching which category I wanted to join. I was attracted to the RX8’s by the level playing-field nature of a one-make series together with the relative affordability of the cars from a buy-in and maintenance perspective . . . when I was sold, it was pretty easy to get David involved too”.

“From the outside the category presents very professionally with its social marketing and promotion of the RX8 Cup Series, and that along with all the available race videos of the cars competing around the country was a real drawcard and credit to the series founder Ric Shaw.”

Both Martin and David were fortunate to find 2 good, competitive RX8 Cup cars for sale at the conclusion of last year’s season and snapped them up quickly. The cars have now been rebranded in SMART BOATING livery and both drivers have had some track-time at a Wakefield Park and an ARDC members track night at SMSP in preparation for their first event.

David Grice added “I’ve done numerous track days over the years and thoroughly enjoyed those. I’m thrilled to be joining the RX8 Cup Series, though with Martin and I still working full-time, it was important we found the right support for the cars and ourselves, and in teaming up with Sam Silvestro at S-Sport Racing we believe we’re in good hands.”

The RX8 Cup Series wishes Martin and David all the best for their racing endeavours and we hope to see more new recruits in future seasons!

The RX8 Cup Series takes to Sydney Motorsport Park for round 2 of the championship from the 8-10th April with a record field of 28 entrants!