Maro Engel: I can’t wait for DTM to start

Maro Engel: I can’t wait for DTM to start 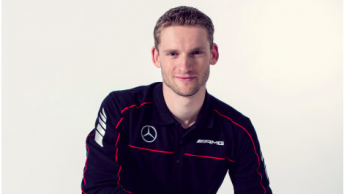 MEDIA RELEASE: Maro, after your GT3 outings in Dubai, Daytona and Bathurst, you met up with your DTM team-mates at the training camp last week. What were your first impressions, and what will you be doing in the next few weeks?
Maro Engel: I joined the guys a bit later because of the race at Bathurst, but it was a great training camp. We trained hard, had a lot of fun together and bonded as a team. Next, I’m off to Buenos Aires for the Formula E race weekend, and then I’ll see my DTM team-mates again at the Vallelunga tests. But before that, I will be a frequent visitor to HWA in Affalterbach where I’ll be getting myself ready for the season. I just can’t wait for the DTM season to start.

You’ve got a full diary with your DTM and Formula E commitments. Can we also expect to see you competing in the occasional GT3 race?
Maro Engel: GT3 racing is fantastic, and it’s very dear to my heart. I’m especially looking forward to the 24-hour race at the Nürburgring where we’ll be defending the title we won last year. The Nordschleife is an amazing race track that never fails to pose a new challenge; it’s going to be very special having the number 1 on our car. If time permits, I’ll try to compete in some other GT races. In particular, the FIA GT World Cup in Macau – that would be another highlight for me. Let’s see what happens during the year…

You’ve been chosen as Mercedes-AMG brand ambassador. What does this appointment mean to you, and what are your responsibilities?
Maro Engel: It is an honour for me, and I am delighted to be even more closely associated with the brand name. Mercedes-AMG has always been the marque with which I identify one hundred percent. For me, Mercedes-AMG cars are an absolute dream, not only on the racetrack but also on the open road. There are many exciting projects ahead; I will continue to work for the AMG Driving Academy, and I’m looking forward to carrying out my responsibilities as a representative and ambassador of the Mercedes-AMG brand at trade fairs and other events. I’m also looking forward to competing in the DTM with the number 63 on my Mercedes-AMG C 63 DTM car.