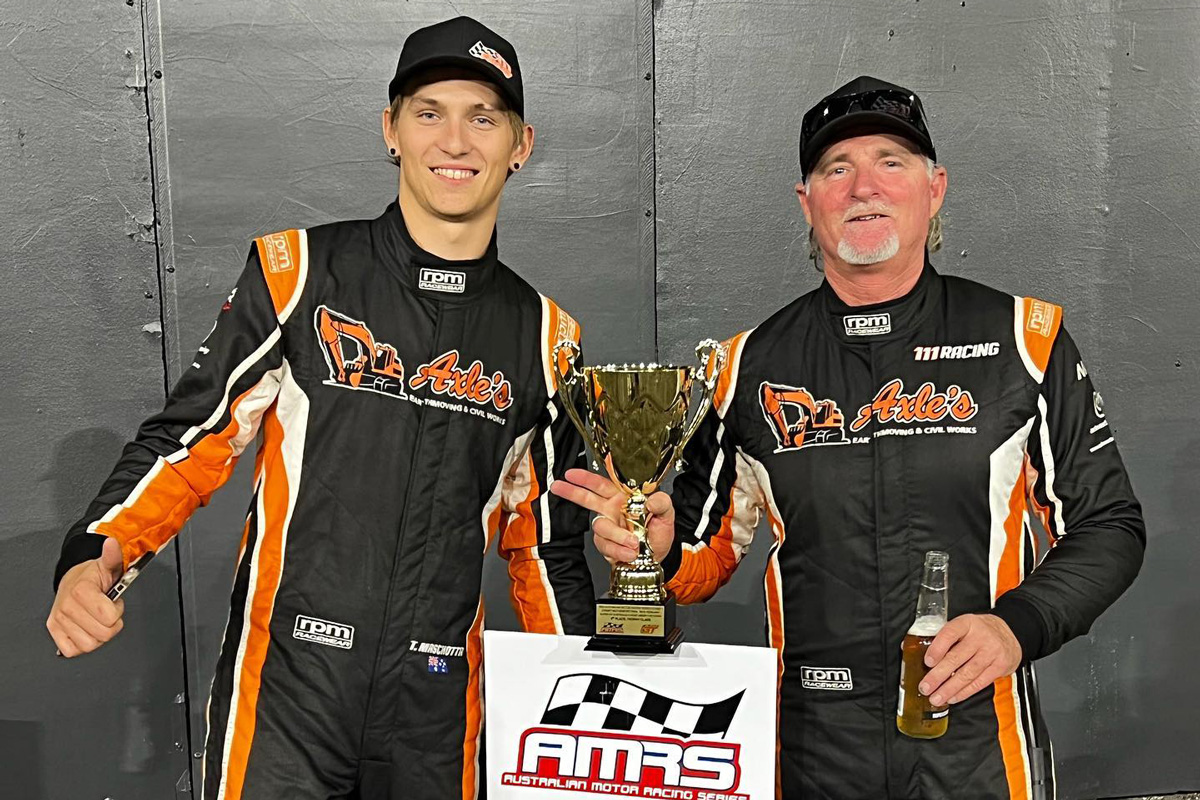 Following a late night of action, the round winners for the AMRS season opener were declared with MARC Cars Australia drivers performing strongly amongst an impressive field of competitors.

The Super GT 4 Hour event held at Sydney Motorsport Park on the weekend, was open to a diverse array of sports and GT cars, ensuring all marques of GT cars were able to participate.

MARC Car owner, Axle Donaldson and co-driver Treigh Maschotta placed second in the Trophy class, amongst a bumper field of MARC Cars drivers including Darren Currie and Frank Mammarella, who made their debut in a new MARC Mazda V8, built by the team over the Christmas break.

“Darren and Frank impressed on their first outing in the MARC Mazda amongst a field of more experienced drivers,” said MARC Cars team manager, Alyson Fradgley.

Team owner and driver Geoff Taunton, believes the event showcased the level of driving achievable by MARC Cars with the cars long being held in high regard by some of Australia’s most noted drivers and teams.

“It really was customer racing at its best with Donaldson and Maschotta finishing strongly in the race and achieving a place on the podium in their category.”

“Customer team Grand Prix Motorsport – Jake Camilleri and John Goodacre, made an impressive start but unfortunately found the wall on lap 15 and couldn’t continue. The car had shown impressive pace up to this point and we look forward to seeing it back out there for the next round.”

“Overall, it’s a positive start to the season and a great sign of things to come following a disruptive 2021 series due to the COVID-19 Pandemic.”

Lamborghini’s Andrew Macpherson and Ben Porter were crowned the ultimate winners of the race finishing a minute clear of their nearest rivals Matt Stoupas and Yasser Shahin.

The teams now feverishly prepare for the second AMRS round to be held at The Bend Motorsport Park, 22-24 April.

The South Australian event in April will be the first of five races in MARC Cars’ stand-alone category within the Australian Motor Racing Series (AMRS).

A full list of race results can be viewed here: http://racing.natsoft.com.au/results/#2