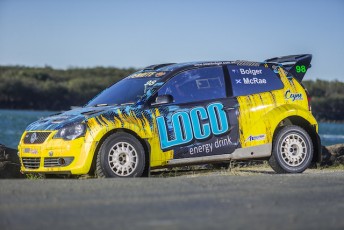 Under a multi-year partnership, LOCO Energy Racing will support Bolger on his Rallycross journey; which will see the youngster compete in the sport internationally on a full-time basis in 2017.

Bolger, who is mentored by LOCO Energy Brand Ambassador and World Rally legend Alister McRae, is currently preparing for the second round of the Queensland Rallycross Championship at Lakeside Raceway in Kurwongbah on Saturday, August 6th.

“The combination of all-wheel drive, heaps of power and racing on both dirt and tarmac is just awesome,” Bolger explained.

“I am really grateful to have the support of LOCO Energy Racing and will do my best on track to repay their faith.”

Bolger, who is a second-generation racer from Queensland, has been testing a current spec Global Rallycross Lites car under the guidance of McRae for the past year.

“Sean has a lot of natural talent,” McRae said. “His enthusiasm to learn and dedication to achieve his goals is quite humbling. 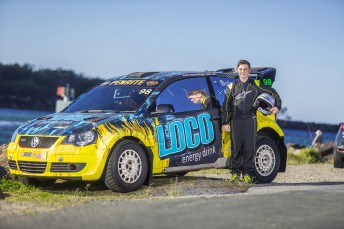 “I am working with him to ensure that he is ready to take on the overseas competitors, some of whom have been driving rally cars from a very young age.

“Having LOCO Energy support both of us is icing on the cake as it puts us both in the same stable at LOCO Energy Racing,” McRae continued.

“Sean is an inspiration to young drivers and is already demonstrating how focused he is.

“We have no doubt a LOCO champion is on the horizon,” Blackburn added.