Local racer primed to take on the best

Local racer primed to take on the best 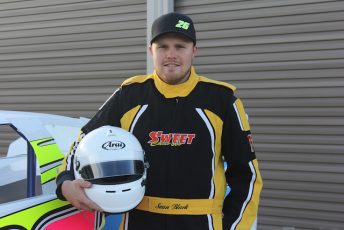 MEDIA RELEASE: Reigning Queensland Super Sedan Series Champion, Sean Black is in the prime of his career, and on New Year’s Eve, will take on the best exponents of the sport in the country as part of the New Year’s Speed event.

A crack field of over 30 drivers from around Australia including three national champions will hit the “Hi-Tec Hi-Banks” of Toowoomba Speedway this Saturday for the Super Sedan Summer Slam, that will contest four nights back to back at Gympie, Brisbane. Toowoomba and Kingaroy.

Despite the gruelling schedule and quality field, Meringandan’s Sean Black is unintimidated by the task, and is determined stamp his authority on his home track in front of an expected large local crowd.

“This is going be huge!” Black said, anticipating a sleep deprived four nights of racing, where each night is a standalone event.

“Even though it’s four nights back to back, it’s not a points series, so that means everyone will be ten tenths every night racing for money, instead of holding back and playing it safe to get series points. It’s a great concept and I think Toowoomba’s going to love it.”

Black began his Super Sedan career just over 8 years ago at the tender age of 16, before breaking his back in a horrifying crash at Toowoomba just one season later, jeopardising both his work and motorsport careers.

“It was a big wreck and I still don’t remember anything of it. I broke my T4 and crushed the T5 and T6, but I am grateful that I was able to eventually get back in the seat to be able to do what I love.” 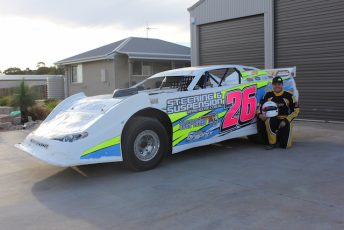 The 25 year old mechanic rates his chances highly this weekend, labelling his crew’s preparation as the key to last season’s success.

“We call ourselves “a Sprintcar crew in a super sedan” because we are so meticulous with our maintenance. In fact, at the start of the season we registered our first DNF in four seasons, which is a credit to the crew and the support from Kelly’s Transport, Steering Suspension Warehouse and of course the Minister for Finance,” he says, referring to his mum and her ongoing support of his dream.

The New Years Speed event will feature Freestyle Motocross, a Demolition Derby, Fireworks, a Car Drop thanks to Loughlin’s Cranes plus Speedcars and Formula 500’s.

Tickets available at the gate from 3pm or right now at speedwaytickets.com.au with kids 12 and under FREE. Check out the Hi-Tec Oils Speedway facebook page for information and updates.