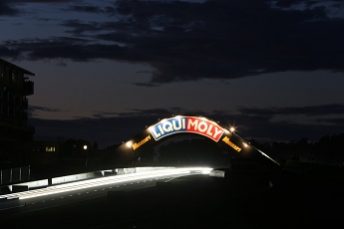 As the Australian partner for Liqui-Moly and Meguiar’s, MotorActive is proud to announce the signing of a new agreement with Bathurst 12 Hour organisers, Supercars Events. Having been involved for the last five years, Liqui-Moly is to remain the naming rights sponsor and Meguiar’s an associate sponsor for an additional five years, through to 2022, in what will represent a 10 year involvement with the prestigious event.

“When we came on board in 2013, the event was relatively unheard of so we couldn’t be happier with its continued growth in stature and popularity both locally and internationally. Each year it attracts more international drivers, more international teams, along with the absolute best the Australian motorsport community has to offer,” said Bruce Morrison, MotorActive Managing Director.

To lock down such a long lasting agreement (through their brands Liqui-Moly and Meguiar’s) in the 12 hour dawn-to-dusk battle, is quite a feather in MotorActive’s cap.

“The 12 Hour has established itself as a truly global event and is telecast to around 100 countries world-wide, with many more catching the race via the live-stream. This combined with GT racing being a global series makes the Bathurst 12 Hour a perfect fit for premium global brands, Liqui-Moly and Meguiar’s.” said Bruce.

“The GT category itself is also a perfect fit for MotorActive. While the cars may well be exotic and expensive, with cages and aero, they’re still real cars, with road engines. All of which can use Liqui-Moly’s off-the-shelf range of oils and lubricants – just like the race-winning Maranello Motorsport Ferrari did in 2014 and 2017.”

“Also, we find that people interested in the 12 Hour are just as interested in seeing how the cars look and perform, as they are in the racing itself. Looking good and going great is what Meguiar’s and Liqui-Moly are all about.”

“Furthermore, with the Liqui-Moly Bathurst 12 Hour being one of the world’s best races, hosted at one of the world’s best tracks, supported by our world-renowned brands, MotorActive is looking forward to the incredible opportunity to leverage our involvement – in the same way we have done at our other events, such as Cruise for Charity and MotorEx over the last 15 years, plus 25 years at Summernats. Not to mention the 300-odd grass-roots enthusiast events we support annually.”

The 2018 Liqui-Moly Bathurst 12 Hour is heading to Mount Panorama this February 2-4. See you on the mountain!