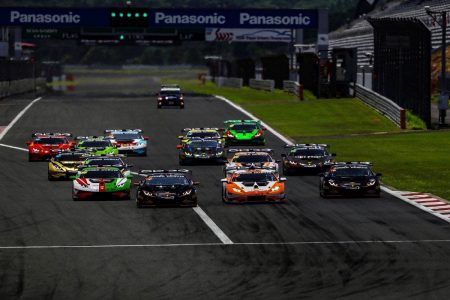 New Zealand racing driver Brendon Leitch has today confirmed he will participate in the full 2019 Lamborghini Super Trofeo Asia Championship and will begin the season this weekend in Sepang doing double duty in both the Huracán-only series and the Asian F3 championship.

Leitch will run the entire Trofeo series with German-based Leipert Motorsport alongside team mate Keong Wee. His campaign is supported by Dayle ITM, Auckland Lamborghini and the Giltrap Group.

Leitch’s drive comes at a time when the series is putting more strategic focus on attracting top line drivers from Australia and New Zealand as part of increased overall marketing effort for the Lamborghini brand in Oceania.

The Sepang season opener will be followed by events at Suzuka and Fuji Speedway in Japan, followed by race weekends in Yeongham in Korea and Shanghai in China. The final round of the 2019 season will be held just prior to the World Final, which this year is hosted on the Spanish Jerez circuit in October.

The young Kiwi has had a busy start to 2019. He has already completed his sixth straight Castrol Toyota Racing Series. The Super Trofeo Asia Championship, however, will be the focus this year for the Invercargill racer when the season gets underway this weekend in Malaysia.

“I’m just really excited to get out there and driving in two categories is definitely a bonus.” explained Leitch. “The Super Trofeo is an awesome opportunity to be racing overseas let alone in such a cool car and a great step towards a GT drive. I’ve got some experience at home in New Zealand racing contemporary GT machinery but this will further extend my knowledge of this kind of car. That experience will help be able to get straight into the Huracán and have confidence. There’s not much carry over at all from racing a single seater other than track knowledge. The car is a lot heavier than a single seater so the brake distances are longer.

“I’m going to be busy this weekend, of course, but there’s much to be gained. The F3 drive is a great opportunity to get more mileage in a type of car I am familiar with while the Lamborghini seat gives me an opportunity to race against people with experience and in front of teams that are in the area of motorsport I’d like to try and get into on a more permanent basis.”

Drivers compete in identical Lamborghini Huracán Super Trofeo Evo cars, based on the Lamborghini Huracán LP 620-2. As well as Asia, there are championships held in North America, Europe and the Middle East with a World Final at the end of each year for the top drivers from each region. Each Lamborghini Super Trofeo Asia race weekend comprises two hour-long free practice sessions, two 15-minute qualifying sessions, and two 50-minute races – combining to give drivers and fans around 1,500 minutes of track action per season before the World Final itself.

There are four categories with championship titles: PRO, for FIA Gold and Silver-rated drivers; PRO/AM, where a Gold or Silver driver teams up with a Bronze-rated competitor; AM, for Bronze drivers; and the Lamborghini Cup for motorsport newcomers. Single driver entries are permitted in the AM and Lamborghini Cup categories only.

Pro-rated driver Leitch will be part of a field in the Trofeo that includes fellow Kiwi Chris van der Drift.

2019 marks the eighth season for Lamborghini Super Trofeo Asia, attracting teams and drivers from all over Asia, Europe and Oceania. A unique concept in one make racing means that drivers are competing in 50 minute races with pit stops, allowing competitors to compete either alone or as a pair.