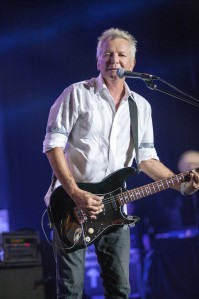 MEDIA RELEASE: Icons of the Australian Music Industry and ARIA Hall of Fame inductees, Icehouse with special guests The Church will headline the Saturday concert at the 2016 Clipsal 500 Adelaide.

The concert, part of the national tour for Icehouse, will be the only chance for Adelaide fans to see the celebrated rock band who still hold a record for one of the biggest crowd attendances in Adelaide.

Since their first album release in 1980, Icehouse has toured the world extensively, delighting millions, across generations, with their music.

Originally named Flowers, the band formed in 1977 and at the time, were the highest paid unsigned act in Australia. To crack the international market the band changed their name, and Icehouse were born.

Their first album won the Johnny O’Keefe Award in 1980 for Best New Talent (equivalent to today’s ARIA awards), and it was only onwards and upwards from there for the band.

Eight top-10 albums and over thirty top-40 singles followed cementing Icehouse as one of Australia’s most loved and well known rock bands.

In 2006, ICEHOUSE were inducted into the Australian Recording Industry Association (ARIA) Hall of Fame and in that year, their 1987 album Man of Colours, was still the highest-selling album in Australia by an Australian band.

With over three million albums sold in Australia and over nine million internationally, Icehouse will get the crowd going with their hits “Great Southern Land,” “Crazy” and “Electric Blue” at the Saturday night concert.

After a break of over 15 years, Icehouse returned to live performances in 2010 and have played to thousands of new and established fans in their limited and stellar performances since then. As always, high levels of details go into the musicianship, staging and presentation making it a show not to be missed.

Their current tour coincides with the release of their latest album ICEHOUSE: In Concert, their first official Live album featuring an amazing array of hit songs. Icehouse’s performance at the Clipsal 500 will help continue on the party at the event.

The Saturday night event will also feature another ARIA Hall of Fame inductee – The Church.
For 35 years, The Church has remained one of music’s greatest enigmas, exuding surreal psychedelia and opiated dronescapes. Already, 2015 has seen significant strides in The Church revivalism, as their impermeable influence resonates with industry and listeners alike.

“[The Church] have produced one of the most solid, hook-filled, and substantial catalogues in all of rock ’n’ roll” – Rolling Stone U.S., 2015. 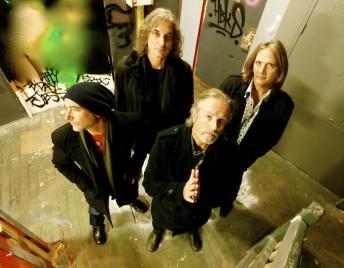 After smashing 2014 with 25th album release Further/Deeper, a nomination under Rolling Stone Australia’s Album of the Year category, an exclusive album-only tour (Further/Deeper Part One), keynote and performance appearances at Bigsound, a multitude of festival performances, and rave reviews, The Church have launched into 2015 with a worldwide campaign, having completed a comprehensive 24 date US tour in February-March, a SXSW showcase and interview panel appearance moderated by seminal Rolling Stone editor David Fricke, and a European tour and performance at the prestigious Primavera Sounds festival.

Now off the back of their critically lauded and near-sold out Further Deeper/The Blurred Crusade national tour, a stellar performance at Splendour in the Grass, and yet another sold-out, 30 date US tour with the Psychedelic Furs, The Church are back on solid ground ready to take to 2016 by storm.

The Clipsal 500 Adelaide concerts will be opened by various South Australian acts selected by Music SA.