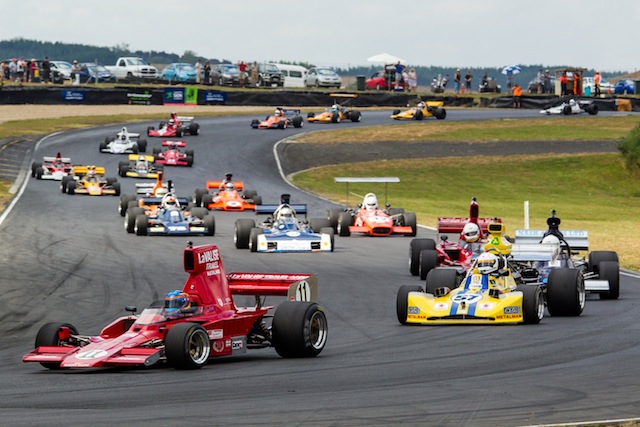 While the 73-year-old currently contesting his 57th season of national level motor racing still harbours desires to compete in the 60th New Zealand Grand Prix race itself (in a contemporary Toyota Racing Series single-seater) he was told earlier in the week that the series’ organiser does not have a spare car for him to use.

Ever the optimist he was not taking that as a ‘no’ on Wednesday, despite admitting that getting to contest both the MSC series final AND the NZ Grand Prix was a long shot.

Either way he remains highly motivated, having finally broken life-long friend and first-time-around rival Graeme Lawrence’s F5000 lap record – lowering it from 1.01.900 to 1.01.770 – last time he was at the circuit and adamant that he can go even quicker, given the right weather and track conditions, this weekend.

“Definitely,” a spirited Smith said on Wednesday, “I’m hoping to get down to a minute-something. The car is brilliant. Barry (Miller, Smith’s long-time crew chief) has had it apart after Hampton Downs and it was going in the container (to Manfeild) on Tuesday. I couldn’t be happier with that car.” Or it with Smith, who – as if to limber up for a possible 60th annual NZ Grand Prix appearance, dominated the MSC F5000 series races at the recent Gulf Howden Ganley F5000 Festival meetings at Hampton Downs, qualifying quickest each weekend and going on to complete a perfect six-wins-from-six-starts clean-sweep at the second meeting. 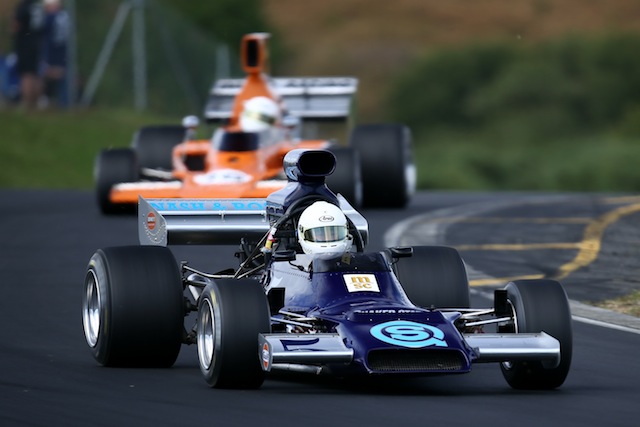 This weekend’s 2014/15 MSC F5000 series final at Manfeild is special for another reason too; it is the first time in the 11 year history of the series that a round has been held at a contemporary New Zealand motorsport meeting. Previously, rounds have always been held at classic or historic meetings.

The round has attracted a 15-strong field of F5000 cars spearheaded by Smith in his ex-Danny Ongais Lola F5000 and fellow former series champion (and 2014/15 champion-elect) Steve Ross from Dunedin (McRae GM1). In the past Ross has been one of the only New Zealand drivers able to foot it with Smith at his best and heads to Manfeild on his own high having qualified on pole and won all three MSC series races (in Smith’s absence) at the penultimate round at Christchurch’s annual Skope Classic last weekend.

There will be three MSC NZ F5000 Tasman Cup Revival Series races on the schedule this weekend, with qualifying on Saturday morning, the first of two 8 lap races on Saturday afternoon, the second on Sunday morning and the 12-lap series final early in the afternoon.